Dwyane Wade Hints at Possible Return to Miami in Future 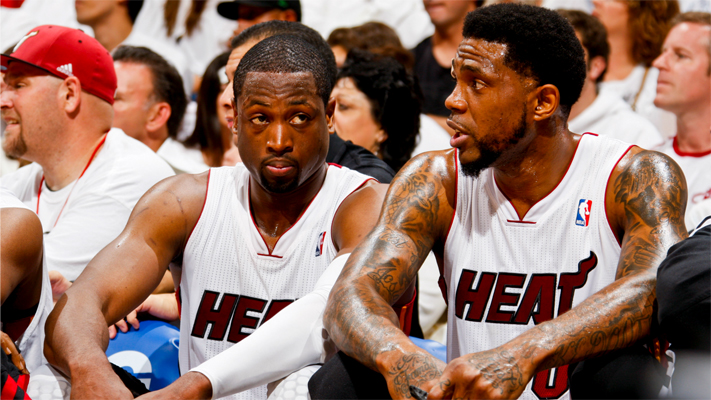 As the season gets closer, the reality of losing Dwyane Wade is setting in for Miami Heat fans. The franchise player was back in Miami on Saturday hosting his D. Wade Community Bike Ride in Coconut Grove in an effort to promote cycling safety and unity within the community.

It’s gratifying to hear that Wade knows how much Miami residents still support him. His classy gesture of putting up six “Thank You Miami” billboards around town struck a chord with locals and Heat fans everywhere. He was South Florida’s most popular athlete for the past 13 years and it showed today. Over 1000 people came out to participate in the bike ride including Mr. 305 himself.

Heat forward Udonis Haslem joined the campaign to support his friend and teammate of 13 years. The two have spent quite a lot of time together over the summer including a trip to China. Wade has always pointed to Haslem as a big part of any success the Heat have had over the years and today was no different.

“UD has been by my side for 13 years. Listen you know how we are. We are macho men. So we don’t say a lot of stuff to each other that we say to others. But I love that man,” said Wade. “I appreciate this guy for all the fines he took for sticking up for me. If I scored 20,000 points I’ll give him 10,000 for the screens he set for me to get there. I did the rest. But he did the beginning part of it. This is just mutual respect. This is a brother.”

Then Wade revealed that they had made each other a promise that he intended on keeping.

“I made a promise to him that we were going to finish our career together. As of now, I didn’t hold up my end of the bargain. So I’ve got to make it up to him eventually. But this is my brother man. And I love this guy,” said Wade.

Does that mean we are going to see Wade and Haslem on the same team again?

“I’m going to damn sure try,” Haslem told Manny Navarro of the Miami Herald. “I mean, I don’t know. I guess I’ve got to wait until next summer to see how that goes. But, I never give up without a fight. So there’s ain’t no time to start now.”

But he also made it clear that Mr. 305 wasn’t leaving Miami as well.

“I was thinking more him of him coming here,” said Haslem. “When I said play with him again, I never said leave.”

So basically Wade is already on his way back, right? Well, that decision would probably depend on his relationship, or what’s left if it, with Pat Riley. The Heat president said in his post free-agency press conference that he was writing a long, thoughtful email to Wade. As of now Wade hasn’t received any such email.

“That’s the funny thing about phones — spell check sometimes mess it up,” Wade said. “I haven’t received it yet. But I’m sure it’s coming.”

A lot of things would have to be worked out for Wade to return to Miami, but never say never Heat fans.
[xyz-ihs snippet=”Responsive-ImagenText”]

dwyane wadeFeaturedmiami heatNews Tickerpat rileyUdonis Haslem
← Previous Story Photo: Dwyane Wade Thanks Heat Fans With Billboard in Miami
Next Story → Chris Bosh: ‘It Wasn’t a Matter of If I Want to Play Again, It’s When’