Don't Miss
Home / Media / Dwyane Wade Opens Up in Candid Interview, Says He Fears Losing Everything He Has Earned

Dwyane Wade Opens Up in Candid Interview, Says He Fears Losing Everything He Has Earned 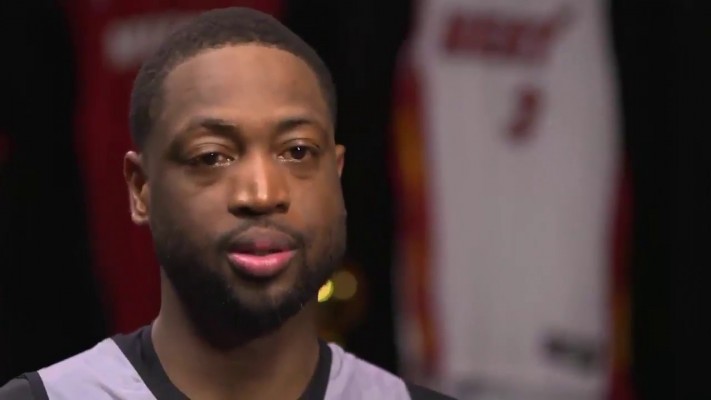 The fear of losing everything he has earned throughout his 15-year NBA career makes Dwyane Wade wake up in a “cold sweat” some nights. Wade talked about this fear in an interview with CNBC Make It.

“I’ve only had money since I’ve been 21 years old, even though I’m 36, so I went 20 years of my life where I didn’t have nothing,” said Wade. “And so I still know what that struggle looks like, I still know what it feels like. It still makes me wake up out of my sleep some nights in a sweat, cold sweat, thinking I lost everything.”

The three-time champion admitted that when he first came into the league in 2003 after being drafted fifth overall by the Miami Heat, he wasn’t smart with his money. That year Wade made around $2.6 million.

“When I first came in, I remember looking at my contract, I remember thinking, ‘Oh, if I just save a million dollars a year, that’s good,’” said Wade. “And I didn’t do that. I wasn’t saving money, I was spending it as it was coming in.”

Wade also talked about what he would do differently then if he knew what he knows now.

The Marquette University product has made over $190 million throughout his NBA career, according to Spotrac.com. He also earned a reported $14 million during 2018 in endorsements from Panini, Gatorade, and New Era among others, according to Forbes.

Wade has tried his hand in business and his portfolio includes his own wine label, luggage, and compression gear. He also recently said that he would like to own an NBA team in the future.

The 36-year-old mentioned that the fear of not having doesn’t go away and that he tries to educate his kids on how to be smart with money.

“The fear of not having is a terrible feeling. That never goes away. It’s something that I carry when I talk to my kids about money, when I talk to them about even the money I give them,” said Wade. “It’s really trying to do something to them that I didn’t have, to have somebody really educate me on the importance of savings.”

Wade has yet to say whether or not he will return for a 16th year in the NBA, but he has said that if he were to come back it would only be with the Heat. Wade returned to the Heat in February after being acquired from the Cleveland Cavaliers and went on to average 12.0 points, 3.4 rebounds and 3.1 assists per game in 21 games (no starts).
[xyz-ihs snippet=”HN-300×250-TextnImage”]