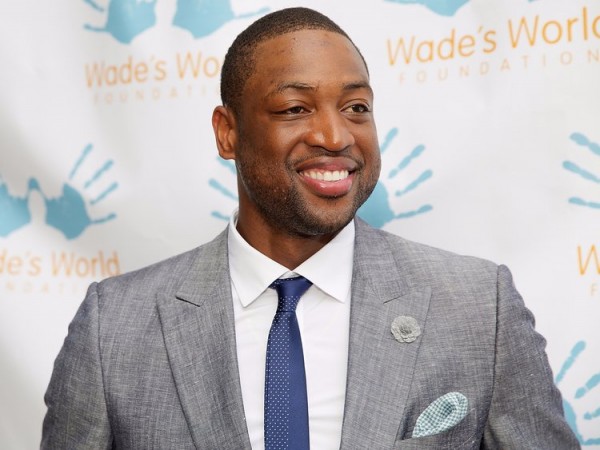 In an interview with Joel Weber of Bloomberg, Dwyane Wade said that he would like to be part of an ownership group for an NBA team in the future.

“I definitely want to be a part of ownership in the NBA. I’m not going to try to buy a team. I don’t have that kind of bread, but I definitely want to be a part of a great ownership group,” said Wade. “NBA Commissioner Adam Silver is all about players being involved in an ownership capacity. You’ve got players like Grant Hill involved in the Atlanta Hawks. Shaquille O’Neal is involved in the Sacramento Kings. It’s definitely something that I’ve talked about, some of my friends have talked about. But, first of all, I’d have to be retired. When that time comes…”

When asked which team he would like to be an owner of, Wade said that he wanted to help bring back a team that hasn’t been in the league since 2008.

“Seattle. I want Seattle’s team, the Sonics, to come back,” said Wade. “I think Seattle is a great basketball town. I would love to be a part of that.”

The 36-year-old’s business portfolio includes his own wine label, Wade Cellars, compression gear and luggage. He also has partnered with the popular sock company, Stance. Wade talked about what he’s attempting to accomplish with all of these ventures.

“Ultimately, I just want to build a lifestyle brand. All these things are part of a lifestyle. Do I think it can go far? I hope so,” said Wade. “It’s a lot of learning involved, but it’s been pretty cool signing with Stance, the sock company, and then being able to sit down with Stance and say, ‘Let’s start another sock company. Let’s do something that’s a little bit more affordable, a little bit more for the masses.’ Now, I’m CEO of that brand and want to see where it can go.”

As for his basketball career, Wade, who averaged 12.0 points per game in 21 games (no starts) for the Miami Heat last season, has not decided whether or not he is going to return for a 16th year in the NBA. However, back in February, the Marquette University product said that he would be staying with the Heat until retirement.

Heat president Pat Riley has already said that an offer will be on the table for Wade to return, so now it will be up to the three-time champion to decide if he wants to play another season in Miami.
[xyz-ihs snippet=”HN-300×250-TextnImage”]