On Sunday, Gilbert Arenas delivered a motivating message to Nate Robinson after the former three-time NBA Slam Dunk champion got knocked out by YouTube star Jake Paul in a boxing match. 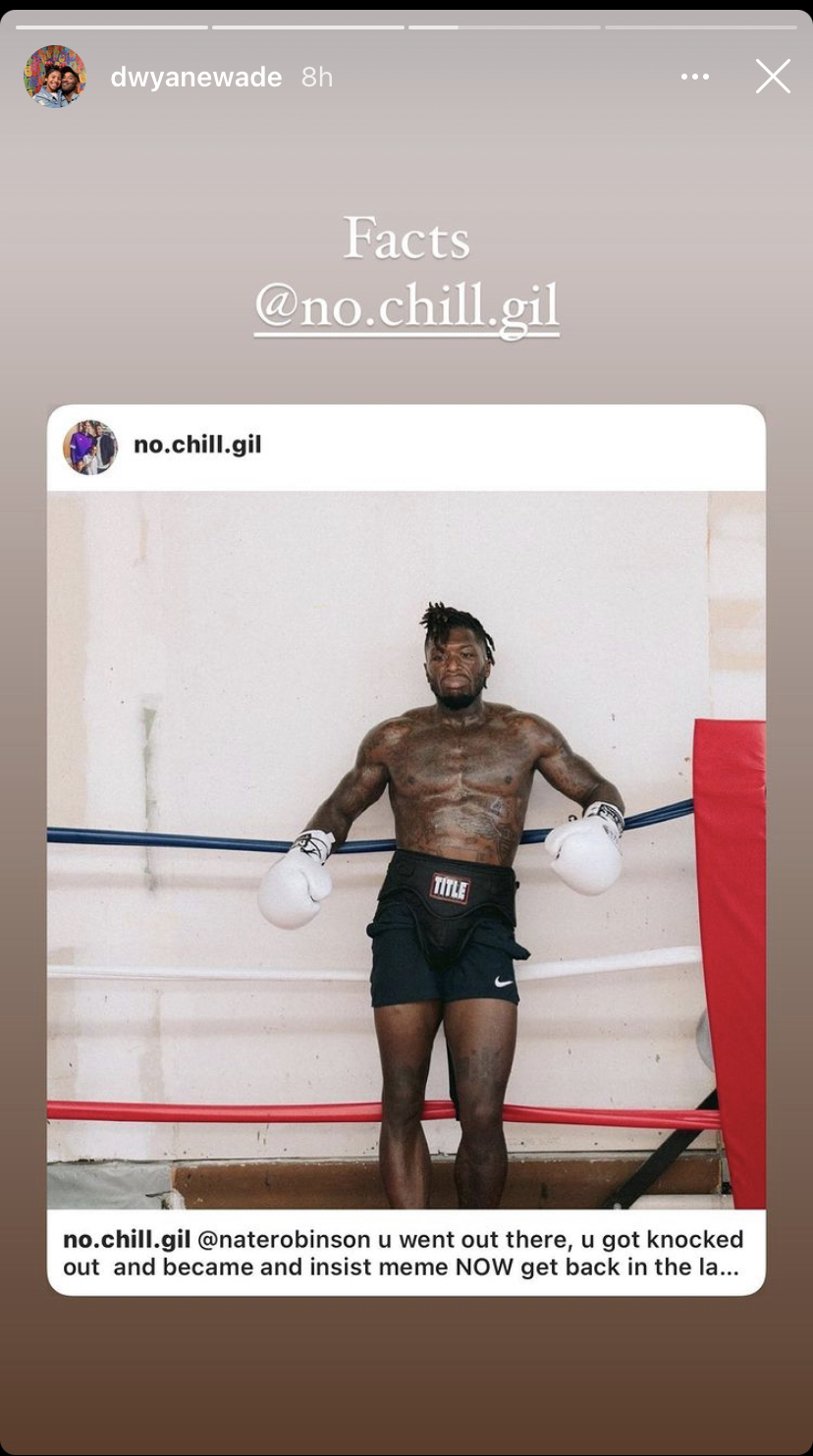 Wade, 38, is one of the numerous NBA players who showed support for Robinson.

Conversely, several NBA players made fun of the former guard for getting battered by Paul. That led boxing legend Floyd Mayweather Jr. to scold Black NBA players for hating on Robinson.

Although Robinson faced criticism, he also received plenty of love and support from people in the basketball world.

As a matter of fact, Robinson shouted out a bunch of NBA veterans who reached out to him following the beatdown.

As for Wade, he continues to be a positive light in the basketball community. The three-time champion serves as an older brother for many of the youngsters in the NBA.