Miami Heat icon Dwyane Wade shouted out Utah Jazz sharpshooter Jordan Clarkson for one of the outfits he wore to a recent game.

However, Wade threw some shade at the NBA in the process because he got fined for wearing similar attire when he played in the NBA. 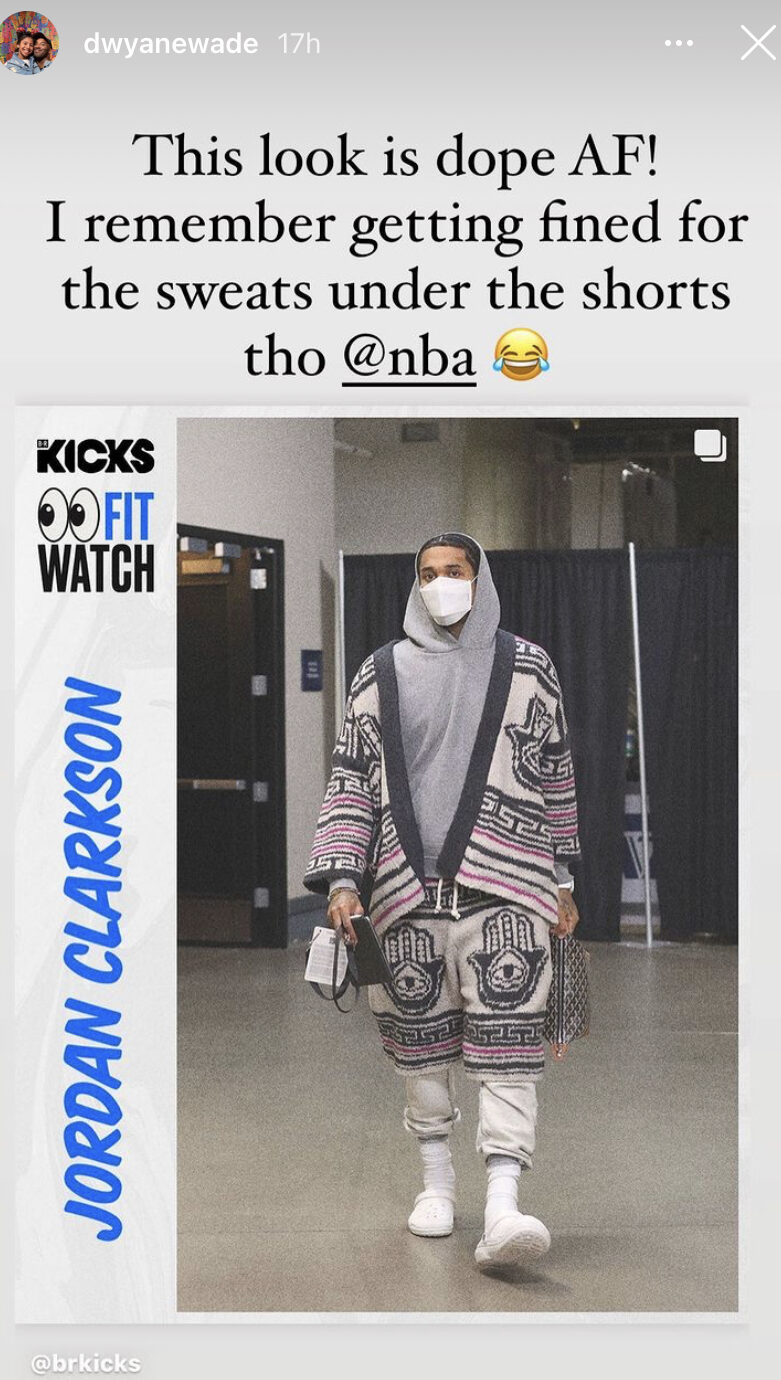 In addition to his star production on the floor, Wade is known for his fashion. He launched a popular merchandise collaboration with Bleacher Report during his final season in the league.

Wade made an international fashion mark by being the NBA face of Li-Ning. He signed a lifetime deal with the brand in 2018.

The three-time champion made the Chinese apparel company popular in the NBA. As a matter of fact, Heat All-Star Jimmy Butler recently signed a massive deal with Li-Ning.

Of course, Wade was thrilled to hear that his former teammate became the face of the brand.