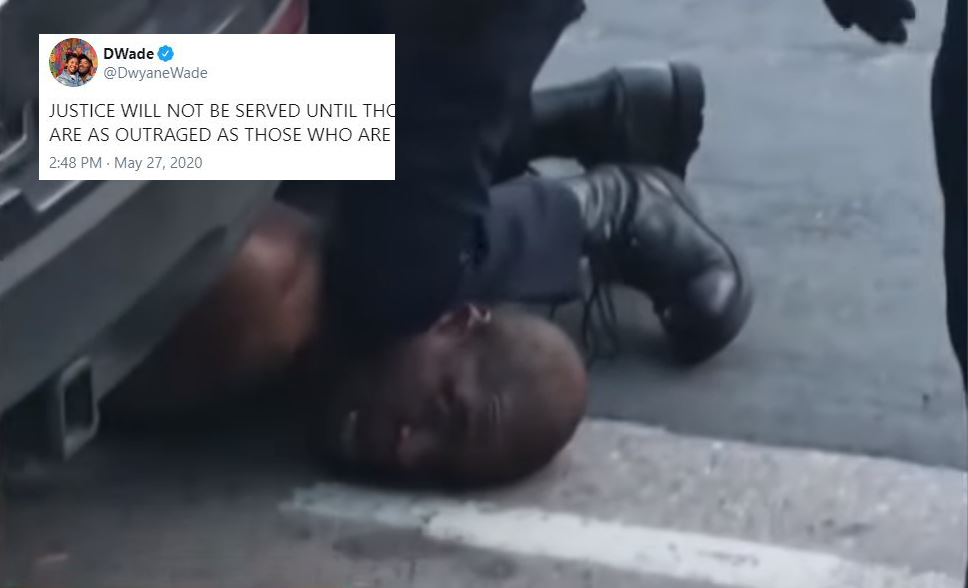 Miami Heat icon Dwyane Wade served a passionate message on Twitter following the death of George Floyd, a black man who recently passed away due to the brutality of a white police officer in Minneapolis, Minn.

Wade, 38, was joined by numerous current and former Heat players in voicing their displeasure with systemic racism and police brutality in the wake of Floyd’s death.

According to police, Floyd had a medical incident during an attempted arrest on Monday. Yet, video of the exchange showed an officer with his knee pinned down on Floyd’s neck for multiple minutes.

In the clip, the 46-year-old is heard crying out that he cannot breathe. Still, the officer failed to loosen his grip on the helpless man. Moments later, Floyd lost consciousness.

The tragic event comes in the aftermath of the country’s outrage over the recent death of Ahmaud Arbery, a black youngster who was shot down by two white men on Feb. 23.

While athletes are having to regularly speak out on these horrific events, the hope is that these passionate comments will lead to justice and change.