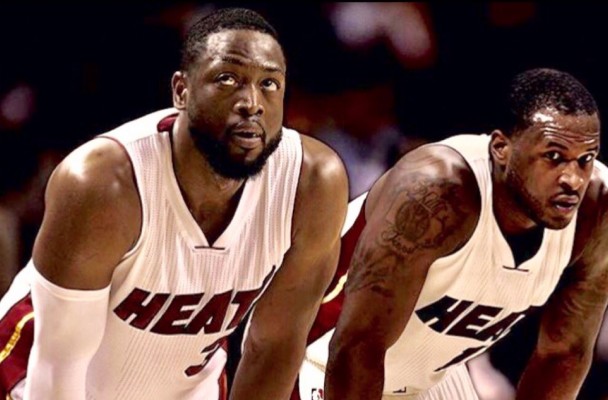 The Miami Heat have been enjoying an incredibly successful 2019-20 season thus far, but the same cannot be said about Heat veteran Dion Waiters.

Waiters, who is currently serving his third suspension of the season, hasn’t played a single minute of meaningful basketball this season.

Former Heat star Dwyane Wade recently opened up about the situation when he joined Matt Barnes and Stephen Jackson on the All the Smoke podcast.

“It’s unfortunate what’s going on with him,” Wade said. “The kid loves to hoop. What we’re seeing right now is now that the game was taken away from him, he doesn’t know how to deal with it.

“He came out and said that last year being hurt, trying to come back and live up to whatever these expectations were. He was disappointed in himself how he played last year. When he doesn’t have hoop, he doesn’t know how to navigate through this world.

“Once again, that tells you, you taking kids out of inner city and throw them in this big world and expect them to be perfect. But you’re not. Unfortunately, it takes a lot of instances that Dion is going through to get you to understand and to learn.

“Hopefully he can catch it before it’s too late and he’s not looking on the outside looking in and saying ‘Man, I want to get back in and get another opportunity.’ Hopefully people around him can continue to keep guiding him and let him know don’t let this opportunity you have slide away.

“He’s a hooper. He’s one of the best when healthy, Pat Riley, when he’s in shape, when his mind is right. But you’ve got to understand. It’s not so easy to say he should do X, Y and Z. That’s not how he was raised. It’s a tough situation.”

Wade went on to express that he holds nothing but love for Waiters.

“That’s my little brother,” he said. “Before he became a Miami Heat, we stayed in contact.”

It’s certainly been sad to watch Waiters’ tenure with the Heat spiral out of control. Following his latest suspension, it was reported that the Heat are now determined to part ways with the guard.

Considering his nearly non-existent trade value and the fact that a buyout seems unlikely due to the money still left on his contract, it will be interesting to see how the Heat front office tries to navigate the situation.

No matter what happens with Waiters from here, it seems Wade will certainly be in his corner hoping that it all works out.