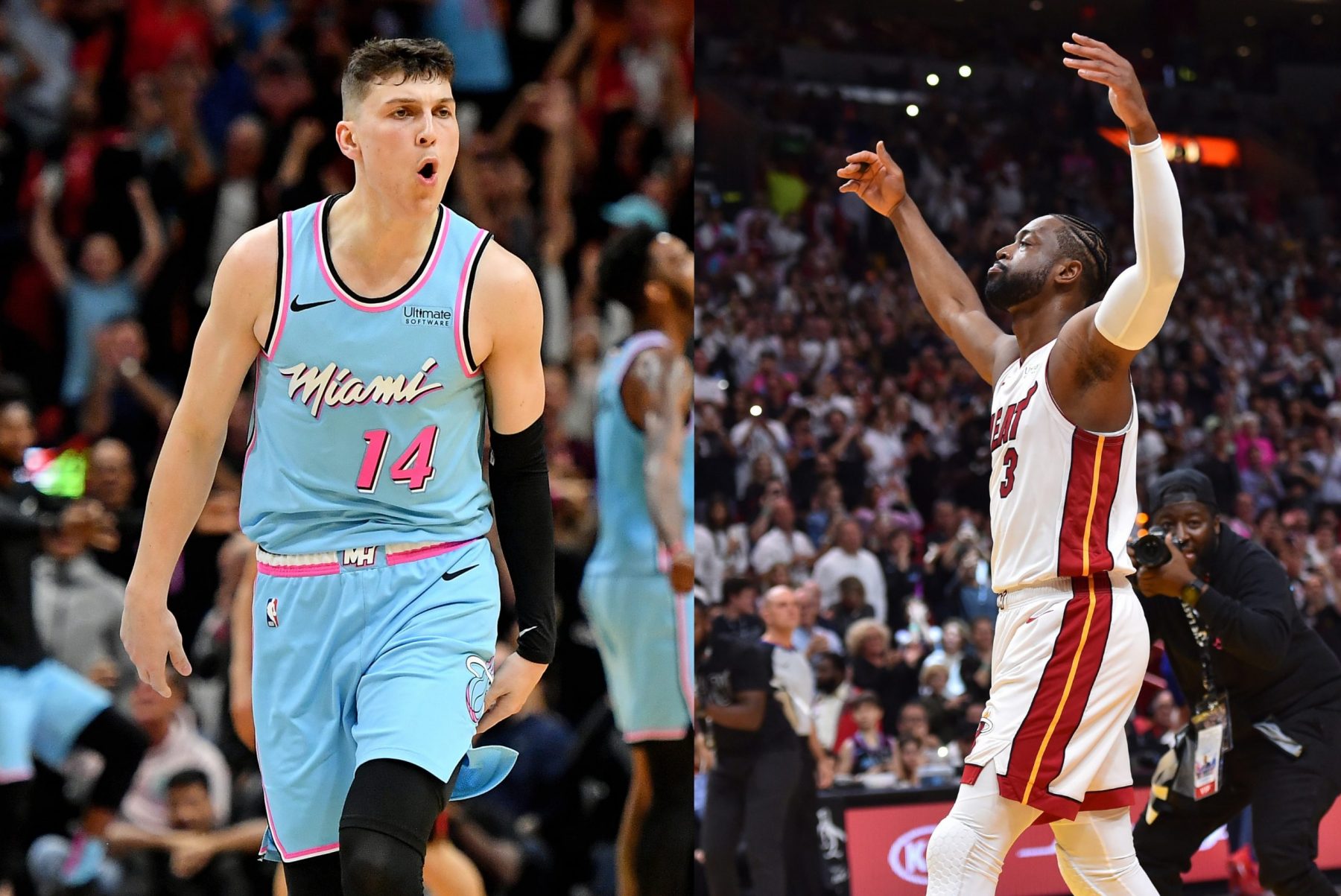 During the Miami Heat’s Wednesday night win over the Milwaukee Bucks, guard Tyler Herro’s performance allowed him to join Dwyane Wade in the team’s record book, with Wade offering his own endorsement of Herro’s feat.

The fact that Herro became only the second player in more than three decades of Heat history to score at least 20 points and grab at least 15 rebounds is yet another endorsement of the team’s selection of him in the 2019 NBA Draft.

Herro joined the Heat last season and played an effective role in helping the team reach the NBA Finals for the first time in six years.

While that effort ultimately came up short, Herro is showing no signs of a sophomore jinx by scoring in double digits in each of the Heat’s first five games.

Herro’s huge night against the Bucks helped lead the Heat to a 119-108 victory and helped quickly wipe away a humiliating 47-point loss from the night before.

Even though the careers of Wade and Herro never converged, Wade has been impressed by the second-year player’s approach to the game and has offered praise along the way.

Wade accomplished his scoring and rebounding feat during his eighth season, while it took Herro just over one season to match him in that unique category. Given the trajectory of Herro’s career, it wouldn’t come as a total surprise to see Herro accomplish this feat again sometime in the future.