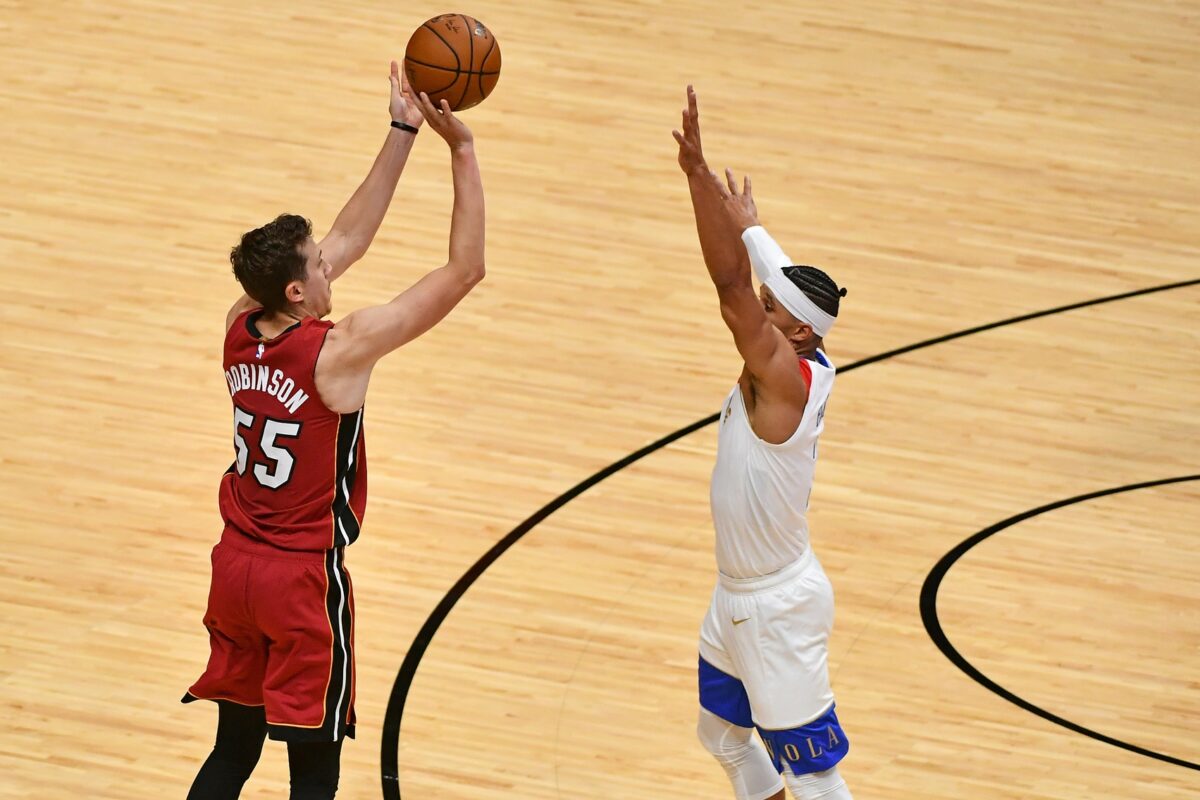 “Goran’s presence is huge for us,” Robinson said. “He gets us organized. He’s never out of control. He knows where he needs to get. He knows where he can get on the floor. Just his presence out there, particularly offensively, just allows everyone else to just kind of calm down. And that veteran presence is hard to come by. And just the way he does it is the ultimate leader. And you just feel calm when he’s out there on the floor.”

Dragic, 34, is the Heat’s second-longest tenured player on the roster behind stalwart Udonis Haslem.

The Heat re-signed the Slovenian speedster after his marvelous showing last season. He collected 16.2 points, 5.1 assists and 3.2 rebounds per game during the 2019-20 regular season.

The selfless veteran also helped lead the Heat to the 2020 NBA Finals. Dragic averaged an impressive 19.1 points, 4.4 assists and 4.1 per game during the 2020 playoffs.

In the Heat’s Christmas Day victory over the New Orleans Pelicans on Friday, Dragic put up 18 assists and nine assists. Robinson led the Heat with 23 points in the organization’s first win of the new season.