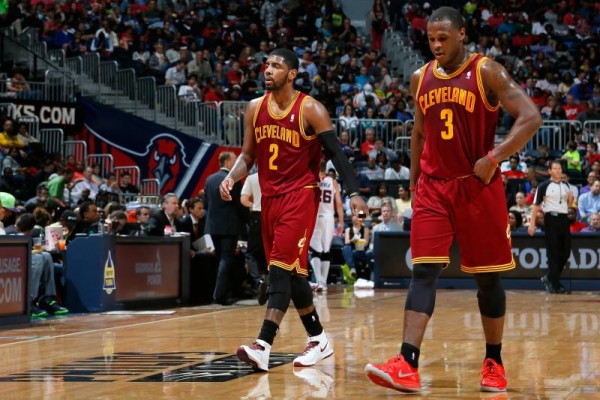 With rumors and allegations flying about whether or not Kyrie Irving will eventually become a member of the Miami Heat, it’s only natural that current members of the Heat would be asked about the possible addition to their team.

“It would help – I’m not against that,” Waiters said. “Just know there’s an alpha male over there too in myself.”

He added that he wasn’t surprised to hear that Irving wanted out of Cleveland.

“We talk, we have talks,” Waiters said. “I’d be lying if I said I’m surprised. At the end of the day, I knew what’s up. I respect him. He won one. It’s time for him to go take on a bigger role, be that leader, be that guy. He wants to be that guy I guess. There’s nothing wrong with that. I ride with that. I respect that decision. He knows what it takes to win. He learned all that from Bron, from playing with him for four years. He knows what it takes. That’s how I was. When I played Bron I soaked everything in. I was a sponge. Bron took me under his wing from day one. Every little thing, how to take care of his body, he’s a pro’s pro, a true professional.”

See what else Waiters had to say below.

According to most recent reports, Irving joining the Heat may be a long shot. In the off-chance that he does end up in Miami, however, it seems that Waiters is willing to welcome his former teammate to South Beach with open arms.
[xyz-ihs snippet=”HN-Native-EndofArticle”]