Dion Waiters Hints at Free Agency Plans for Next Summer 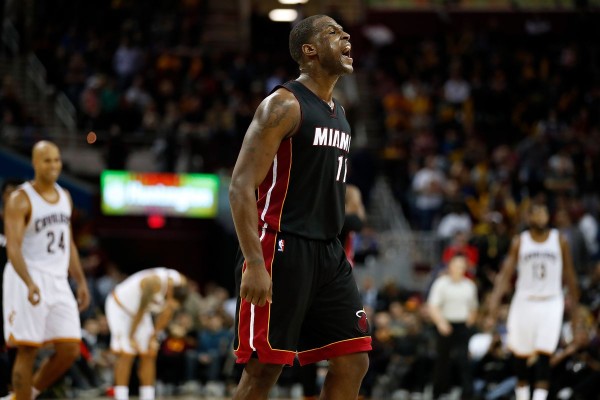 The Miami Heat sure could’ve used Dion Waiters in more games this season.

Down the stretch, the Heat were forced to make their final playoff push sans the services of their spark-plug two-guard. Without him, they went 7-6 over their final 13 games, and missed the playoffs by a single game. All in all, injuries forced Waiters to miss a total of 36 contests in 2016-17. That really hurt the Heat’s chances — considering that when he did play — he was a revelation.

Not only did Waiters average 15.8 points, 4.3 rebounds and 3.3 assists per game, he also hit a number of clutch, game-sealing shots that helped Miami earn several signature wins in 2016-17.

Fortunately, it now looks like the dynamic two-guard wants to take at least one more crack at a healthy season with the Heat. After team captain Udonis Haslem posted a heartfelt message to social media about this year’s Heat squad, Waiters responded to “UD” with a message of hope for the future.

Sure seems like Dion wants to be back. If that wasn't already clear before pic.twitter.com/RMsg0IJXEL

In the comments section, Waiters responds by writing to Haslem:

“Yessir we gone have a great summer for sure!!!! Work work let’s get better.”

While the comment is far from definitive proof that the braggadocious baller will be back next season, he had a career year in 2016-17 and has expressed interest in returning for the 2017-18 season in the past. Waiters has a player option for next season worth $3,028,410. That’s not much more than what he earned this season. Therein lies the issue for Miami.

The fact is, Waiters is likely to receive some tempting offers from teams looking to bolster their backcourts this offseason should Waiters choose to opt out. That isn’t to say the Heat won’t offer him a nice deal worth accepting as well, but Waiters would hold significant leverage in contract talks with the Heat considering his recent success. Only time will tell.

Here’s to hoping he simply opts back in.
[xyz-ihs snippet=”Responsive-ImagenText”]