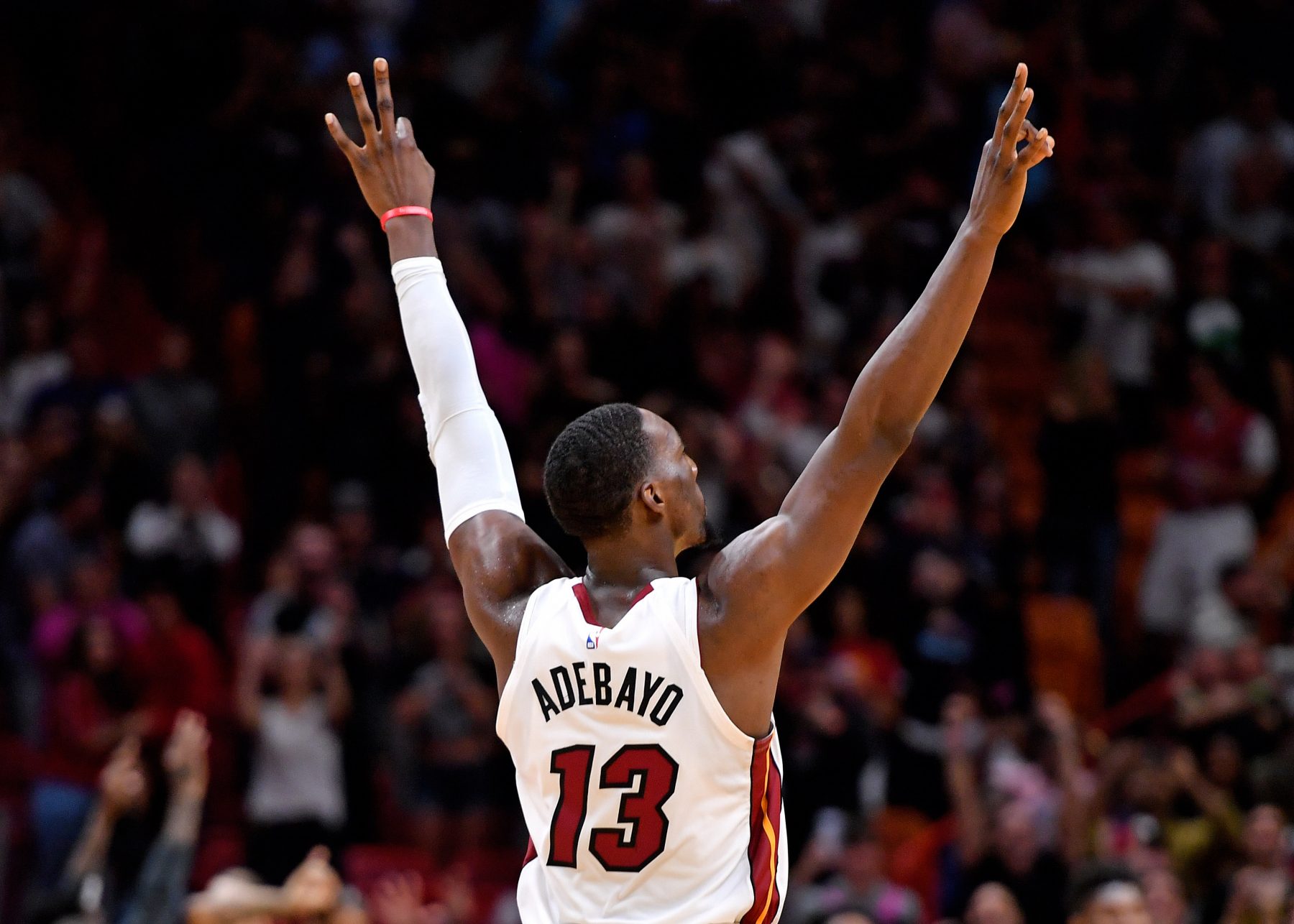 Bam Adebayo hasn’t forgotten the dig Hassan Whiteside took at his former team when he was traded this past offseason.

After the Miami Heat defeated the Atlanta Hawks 135-121 on Tuesday night, Adebayo echoed Whiteside’s comment in the team’s locker room .

Duncan Robinson was the Heat’s most prolific shooter of the game. He knocked down a franchise-tying record of 10 threes en route to a 34-point outing.

The Heat have an abundance of shooters, but it was Robinson who found the mark against the Hawks. Adebayo was clearly quite pleased with the 6-foot-7 forward’s performance.

After Whiteside was shipped by the Heat to the Portland Trail Blazers during the offseason, the 7-foot big man went on social media to express his delight over his new team’s shooting ability. His statement didn’t seem to sit well with his former team.

A few Heat players have taken apparent shots at Whiteside since, and Adebayo is just the latest to do so.

For his part, Miami’s starting center was also a big reason the Heat won on Tuesday. He registered a triple-double with 30 points, 11 rebounds and 11 assists.