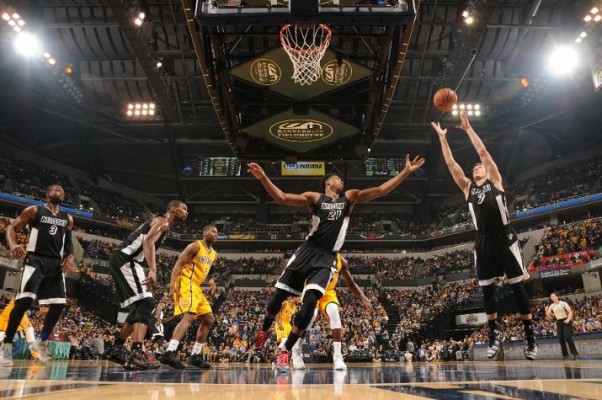 (Indianapolis, IN) – After an embarrassing 99-81 defeat at the hands of the Charlotte Hornets on Wednesday night, the Miami Heat (12-9) fell to the Indiana Pacers (13-8) by a score of 96-83 at Bankers Life Fieldhouse on Friday night.

Pacers forward Paul George, who continues to open eyes across the NBA following his devastating leg injury back in August 2014, had yet another productive night for his team. The rejuvenated George, who came into the game averaging almost 28 points per game, took it to Miami with 23 points (7-of-17 from the floor), eight rebounds, and three assists.

For the first time all season, the Heat will face a bit of adversity going forward as they’ve now dropped three consecutive games during their 2015-16 campaign. Also, the losses have all been by at least 10 points, which should definitely be a cause for concern.

“We have a chance to bounce back Sunday. Things change very quickly in this league.” said Miami Heat head coach Erik Spoelstra after the game. “We’ve been a good team at taking care of the basketball, these last three games we haven’t.”

Miami also had an extremely difficult time defending Pacers guard Monta Ellis and center Ian Mahinmi, who had 24 and 18 points respectively on the night. Indiana, who was dealing with their own three-game losing streak, took matters into their own hands in front of the home crowd.

“After losing three in a row,” Mahinmi said, “this was kind of a must-win.”

Chris Bosh led the way for the Heat by adding yet another double-double to his already-impressive resume, as the power forward put together 23 points (8-of-19 from the field), 10 rebounds and three blocks on the night. Regardless of his numbers, Bosh is far from happy with his team’s execution and expects better in the near future.

“Attack turnovers are OK,” said Bosh. “It’s the unforced errors, attacking when there’s nothing there. It’s not like we’re shooting a lot of shots, playing fast.”

Dwyane Wade had 20 points, five boards and five assists on an efficient 10-of-23 night from the field, while guard Gerald Green was the only other Heat player in double figures with 13 points, three rebounds and two steals.

“We have to value the possessions more,” said the 11-time All-Star Dwyane Wade. “We’re not a fast-paced team. We play a traditional lineup. We can score when we get to certain things, but when we turn the ball over like we did, it’s going to be hard to overcome that.”

The primetime contest, which was highly competitive for the first three quarters, fell out of Miami’s grasp over the last 12 minutes.

Up next, the Heat will return home to take on the Memphis Grizzlies (13-11) at American Airlines Arena on Friday night. The contest, which will tip off shortly after 6:00 pm ET, will be broadcast live locally on Fox Sports SUN.
[xyz-ihs snippet=”Responsive-Ad”]