Why the Miami Heat Should Not Pursue Carmelo Anthony 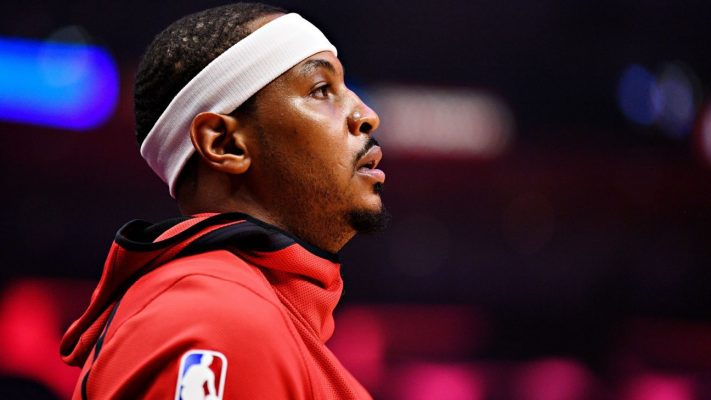 The rumor mill wasted no time transitioning from the Jimmy Butler frenzy to more rumors involving the Miami Heat. This time around, it is former All-Star Carmelo Anthony who could be seeking a move to Miami following a failed stint in Oklahoma City and now Houston.

This is not the first time that Anthony and the Heat have been linked to one another. The two parties reportedly tested the waters this past summer during the NBA Summer League in Las Vegas.

A statistic that may concern some

Could acquiring Anthony benefit the Heat going forward? According to the advanced metric win share per 48 minutes, adding Anthony into the mix could possibly do more harm than good, at least from a production standpoint. 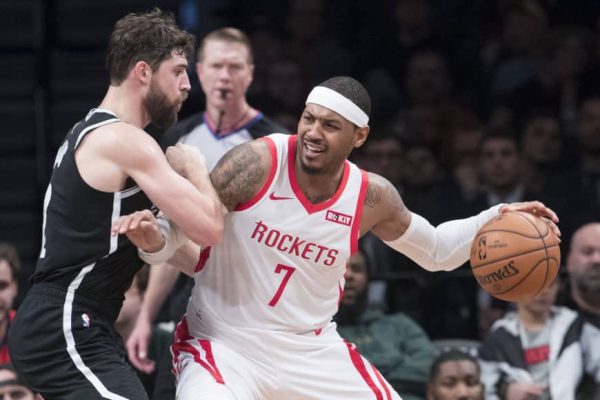 The 10-time All-Star produced the fourth-worst season among forwards in the NBA who played qualifying minutes last season. While this statistic alone only tells us part of the story, it does objectively place a value on Anthony’s impact on his team’s winning percentage. Anthony had such a poor season a year ago that he returned a negative value, and had been on pace to do the same for the Rockets this season.

It should be noted, however, that this particular metric is not a predictive metric. It only reviews his past performances, not attempting to quantify Anthony’s future value. This leaves a lot of qualitative questions for Heat president Pat Riley to consider going forward.

Can Anthony pivot into a successful landing spot?

Could the change in scenery, along with joining good friend Dwyane Wade, help spur a rejuvenation in the waning seasons of Anthony’s career? Wade definitely still thinks very highly of Anthony, recently coming to his defense as Anthony was positioned as the scapegoat to Houston’s sputtering start to the season.

Trying to make my guy @carmeloanthony the fall guy huh!? Man y’all need to stop. That’s the easy way out instead of addressing what the real problem.

Would he sacrifice for the good of the team, like Wade and Udonis Haslem have, by taking a bench role and acting as a leader? Those are very difficult questions with a lot of guesswork involved. Questions that will require Riley and head coach Erik Spoelstra to lean on the wealth of their experience in the league.

If history is any indication, Melo might not take kindly to such a suggestion. Last year during training camp with the Thunder, a reporter asked him if he would be open to the idea of moving to the four or coming off of the bench, to which he dismissively responded:

“Who me? I don’t know where that started, where that came from. Hey P (Paul George) they said I gotta come off the bench.”

Carmelo Anthony was asked about the possibility of coming off the bench and his reaction was hilarious. ? pic.twitter.com/NG3Hvv7s64

A response like that is not necessarily all that surprising coming from a former superstar who has been required to have a very high level of self-confidence since the beginning of his career. However, considering he went on to have such a humbling season after laughing off the idea, there is a possibility that his mindset could have changed.

Wade and Ray Allen are very good examples of former All-Star caliber players who were able to set aside their egos and excel in lesser roles by adapting their games. The book is still out on whether Anthony will be able to have similar success here late in his career as not all players have been able to have such a seamless transition.

Where do the Heat go from here?

Some have suggested that it could be beneficial for the Heat to have a fire sale to create additional cap space and tank the season for a better position in the upcoming draft. This makes for a very tough decision for a franchise, as it will assuredly get blowback from portions of its fanbase. However, this strategy is widely used across all major professional sports and has proven to be a successful one if executed properly.

Miami is a prime candidate for such a strategy as it has been in limbo the past few seasons. Though an average team capable of making the playoffs, the Heat lack the pieces to challenge the top of the league. This, in turn, puts them in the middle of the draft, missing out on some of the generational talent that we see available each year at the top of the draft.

Among all of this is the fact that the Heat’s lack of cap space has limited their ability to supplement their roster. Things could open up a bit when the next fiscal calendar rolls over on July 6th, as Chris Bosh’s contract of nearly $27 million will then be off of the books. But even then, they will not have the flexibility to make any major moves. Without trading Hassan Whiteside, Tyler Johnson, or Goran Dragic, this will be a franchise that is unlikely to change their identity until at least July of 2020.

If Anthony’s asking price is team friendly, he could end up being worth a flier for the Heat. It also doesn’t hurt his chances as Wade could attempt to sway the front office toward bringing Anthony on board.
[xyz-ihs snippet=”HN-300×250-TextnImage”]

Will is a freelance sports writer who primarily covers college athletics, the NBA, and the English Premiere League. Will loves the game of basketball and is excited to cover the Miami Heat on a daily basis. In his spare time he enjoys traveling, handicapping sports, and following Florida State athletics.