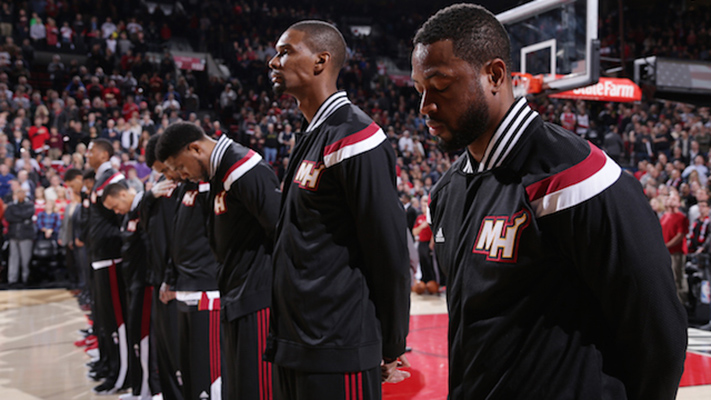 The Miami Heat have a bloated roster and that’s a good problem to have.

Coming off of a 37-45 non-playoff season, Pat Riley has ensured that the Heat will remain relevant. He spent this free agency period re-signing key players while bringing in new ones such as Amar’e Stoudemire and Gerald Green.

The Heat are not used to losing as a franchise, and Riley stressed that last season was an anomaly:

“The expectation for us is I just want to keep the team and hope the team can stay healthy. I believe they will. I think all the players are coming back highly motivated. And I think with a complete roster that we can contend in the East, and that’s where it all starts — and I mean contend high. That’s the way it’s been the last 20 years. We’re gonna go for it. I don’t think we’ll ever be a team that does three, four, five years of rebuilding.”

As a result, Miami has beefed up its roster—18 players are essentially competing for 15 roster spots.

A lot can happen between now and the beginning of the season in late October. Players such as Chris Andersen, Mario Chalmers and Shabazz Napier are rumored to be on the trade block.

While we don’t know exactly who will be on their way out, we do know the Heat need to trim some players from their roster.

Here is how Miami’s 15-man roster should look like by the time the regular season rolls around. 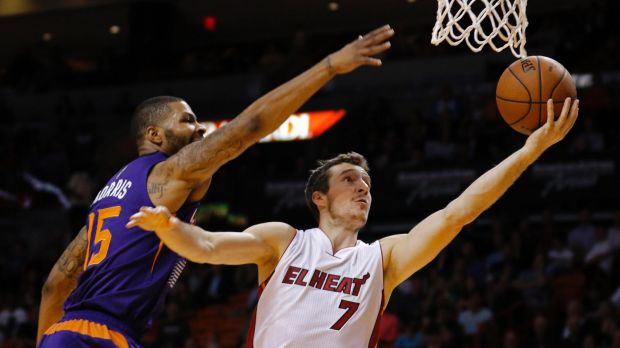 There is little doubt that Goran Dragic is the present and the future after signing what is essentially a five-year deal worth $90 million with the Heat.

Though Napier was acquired last summer with the intention that he’d be the team’s starting point guard, that is not to be. However, that does not mean he can’t find a role with this franchise as a key reserve.

Assuming he’s not traded, he will have every opportunity to compete with Tyler Johnson to be Dragic’s top backup. Johnson will likely make the transition from shooting guard to point this season due to the overload at the off-guard position.

Napier is due to earn just under $1.3 million this season. Considering his contract combined with his youth and upside, it would be silly to trade him.

Chalmers is due to earn $4.3 million this upcoming season and he will likely be the odd man out via trade.