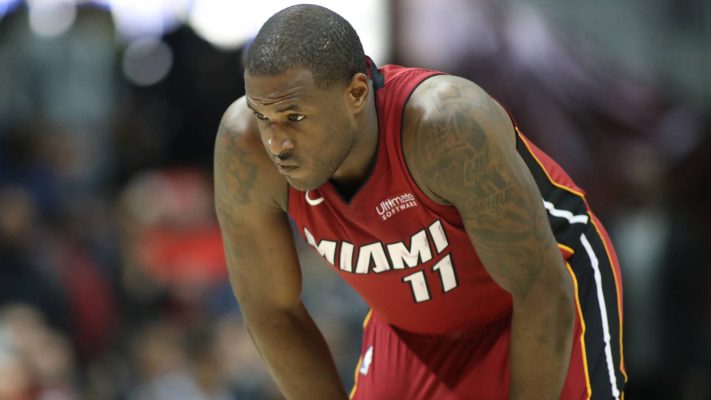 Miami Heat guard Dion Waiters seems to be getting closer and closer to a return, which brings up the question: Whose minutes is he going to take when he eventually does comes back?

Throughout his Heat career, Waiters has been a staple in the rotation, averaging 30.3 minutes, 15.2 points, 3.0 rebounds and 4.1 assists per game. Therefore, it seems highly unlikely that Heat head coach Erik Spoelstra would completely bench the 27-year-old.

When looking at the stats of the Heat players this season, it isn’t obvious whose minutes Waiters should take. Wayne Ellington, who has fallen off a little bit from last season, is seemingly already out of the rotation. The University of North Carolina product has not played in six of the Heat’s last ten games and in those four games he’s played in, Ellington has averaged only 7.9 minutes per game.

In limited minutes this season, Derrick Jones Jr. has been repaying the Heat’s trust, averaging 6.6 points and 4.4 rebounds per game. His high-flying ability and energy off the bench on offense and defense is unmatched by anyone on the roster. The 21-year-old hasn’t done anything to warrant his minutes being taken away and the Heat need to continue playing him in order to let him develop properly.

After a bit of a slow start to the season, Tyler Johnson has picked it up and is averaging 11.6 points, 2.9 rebounds and 2.4 assists per game. He is also shooting 40.2 percent from three, which is the highest on the Heat and tied for 26th in the entire NBA. Johnson’s solid play combined with how much he is earning this season ($19.2 million) makes it seem likely that Spoelstra will continue playing him.

Spoelstra named Justise Winslow the team’s starting point guard with Goran Dragic out until the All-Star break and after Winslow’s recent string of impressive performances, there is no way that Waiters will take his minutes. As for Dwyane Wade, it’s his last season in the NBA and he has been playing well as the Heat’s third-leading scorer, averaging 14.1 points, 3.6 rebounds and 3.9 assists per game. It wouldn’t make sense to bench one of the team’s best players even if he is the second-oldest player on the team (37).

After the Heat started the season 7-13, it seems as if Spoelstra eventually found the correct rotation of players as the Heat have gone 10-5 in their last 15 games. It will be interesting to see exactly how Waiters, who has called himself an alpha male before, is mixed into the rotation without taking minutes from players who deserve to play as much as possible.
[xyz-ihs snippet=”HN-300×250-TextnImage”]