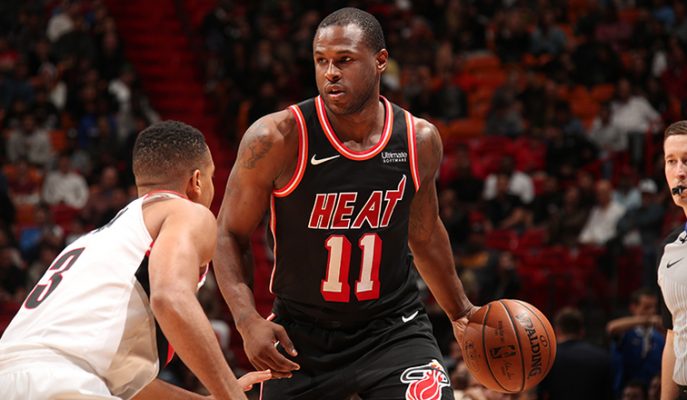 The return of Dion Waiters appears to be imminent for the Miami Heat.

The oft-injured shooting guard is going to be with the team in Cleveland and he’s questionable for Wednesday night’s game against the Cavaliers.

INJURY UPDATE: Dion Waiters (ankle) will travel with the team today to Cleveland and is listed as questionable to play tomorrow night vs the Cavs.

Waiters did not play a single game during 2018 as he has slowly, but surely worked his way back from ankle surgery. The 27-year-old has played the best basketball of his career with Miami but has failed to stay healthy. Midway through his third season in Miami, Waiters has only played in 76 games total. In those games, he’s averaging 15.2 points, 3.0 rebounds, and 4.1 assists per game.

Waiters is trying to live up to a four-year contract worth $52 million. The Syracuse University product is under contract with Miami through the 2020-21 season.

The shooting guard’s return will help bolster head coach Erik Spoelstra’s backcourt. Point guard Goran Dragic is slowly recovering after undergoing knee surgery. Waiters rarely plays point guard, but he can be a secondary ball-handler for someone like Justise Winslow to lean on.

A return on Wednesday is still on the table for Waiters, but even if he doesn’t take the floor against his old team, Miami should have the shooting guard back in the lineup sooner rather than later.
[xyz-ihs snippet=”HN-300×250-TextnImage”]