The “Birdman” Lands in South Beach to Fill a Big Need 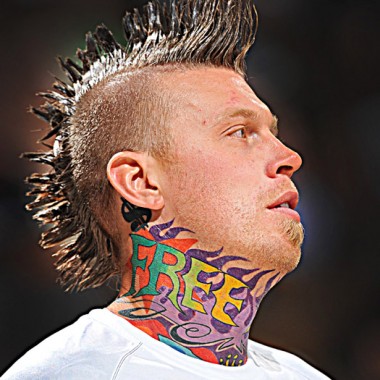 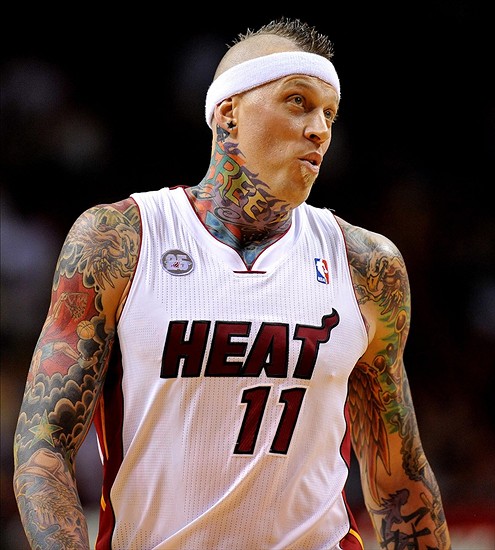 Getty Images:"Known as the "Birdman" no, not the one that is rapper Lil Wayne's mentor rather the NBA veteran signed his second 10 day contract with Miami on Wednesday."

Chris Andersen got the steal, drove the entire court to lead the fast break, drew a foul on a layup and made the free throw Wednesday in Brooklyn.

It was a stellar play that drew excitement and a chest bump from teammate LeBron James.

“I’m trying to build that trust with the guys and earn it,” Andersen said.  “Coming up here and working my tail off, hopefully I can earn their trust.”

Known as the “Birdman” no, not the one that is rapper Lil Wayne’s mentor rather the NBA veteran signed his second 10 day contract with Miami on Wednesday.  In his second game this season he scored three points and five rebounds in 10 minutes in a 105-85 victory against the Brooklyn Nets.

George Karl, his former coach in Denver said, “He plays harder than everyone else on the floor every single night.”

The high praise is welcoming as Andersen is known for having a high motor, with an extremely physical presence in the paint, highlighted by his signature mohawk and tattoos that cover every point from his neck to hands.

However, the birdman was grounded, running into some serious off the court issues dealing with a substance abuse addiction that has yet to be specified.

The NBA took no exceptions to Andersen, and suspended him for two seasons from 2006-2008 for violating the league’s drug policy.

The time away from the court humbled Andersen as he got his lifestyle straightened out and diligently worked towards a comeback.

“That part of my life is behind me,” Andersen said in an interview with David Aldridge in 2008.  “I just want to prove to everybody that did say I wouldn’t accomplish this that I proved them wrong.”

Returning In 2008, he finished second among league leaders in blocked shots with 2.5 per game in a mere 20.6 minutes.

Although he may not have the same vertical leap at this point in his career, his savvy timing and long arms still allow him to alter opponents’ shots.

The 6-foot-10-inch center does a great job of relentlessly positioning himself for offensive rebounds and put back tip-ins for those “garbage” points.

Watching him in offensive sets, he can be seen setting three picks around the perimeter in a single possession before crashing the offensive glass ferociously.

From time to time, Andersen will dive on the floor to get the loose ball; he truly is an unselfish player willing to sacrifice his body.

To put his effort on the glass into perspective, it took Chris Bosh and Udonis Haslem 34 combined total minutes to grab the same four rebounds Andersen had in just seven against the Brooklyn Nets Wednesday night.  In the 102-89 loss to the Indiana Pacers Friday, he scored nine points, connecting on all four of his shot attempts, had a steal and block and grabbed three rebounds in 12 minutes compared to Chris Bosh’s 13 points and two rebounds in 33 minutes.

“Rebounding and blocking shots, that is what I do,” Andersen said.

Andersen’s activity on both sides of the court as well as his desire on the glass has earned him more playing time and his teammates are learning how to find him open within the offense.

The only concern with Andersen is that he has difficulty sliding his feet and staying in front of younger, quicker centers from time to time, although this could simply be due to being out of shape after missing nearly half of the season thus far.  At 34 years old though, it could also be a matter of the aging process.

He should still be able to play about 12 minutes per night and keep the smaller, offensively defunct Joel Anthony on the bench in his warm ups next to James Jones.

In order for this experiment to work, the Heat will have to use Andersen in advantageous matchups, where his skill set can shine.

The intensity of the birdman should garnish much excitement in front of the American Airlines Arena crowd in South Beach, and he could very well become a fan favorite off of the bench.

When factoring the issues Miami faces going forward such as keeping bigger centers from having dominant scoring nights, being outrebounded on a consistent basis, and not getting second chance shots from offensive rebounds, it is clear to see why Andersen was added to the NBA Champions’ roster in time to get his feet wet before the playoffs.

Andersen could be the diamond in the rough and become a key asset for the Heat in the quest to repeat as NBA champions.