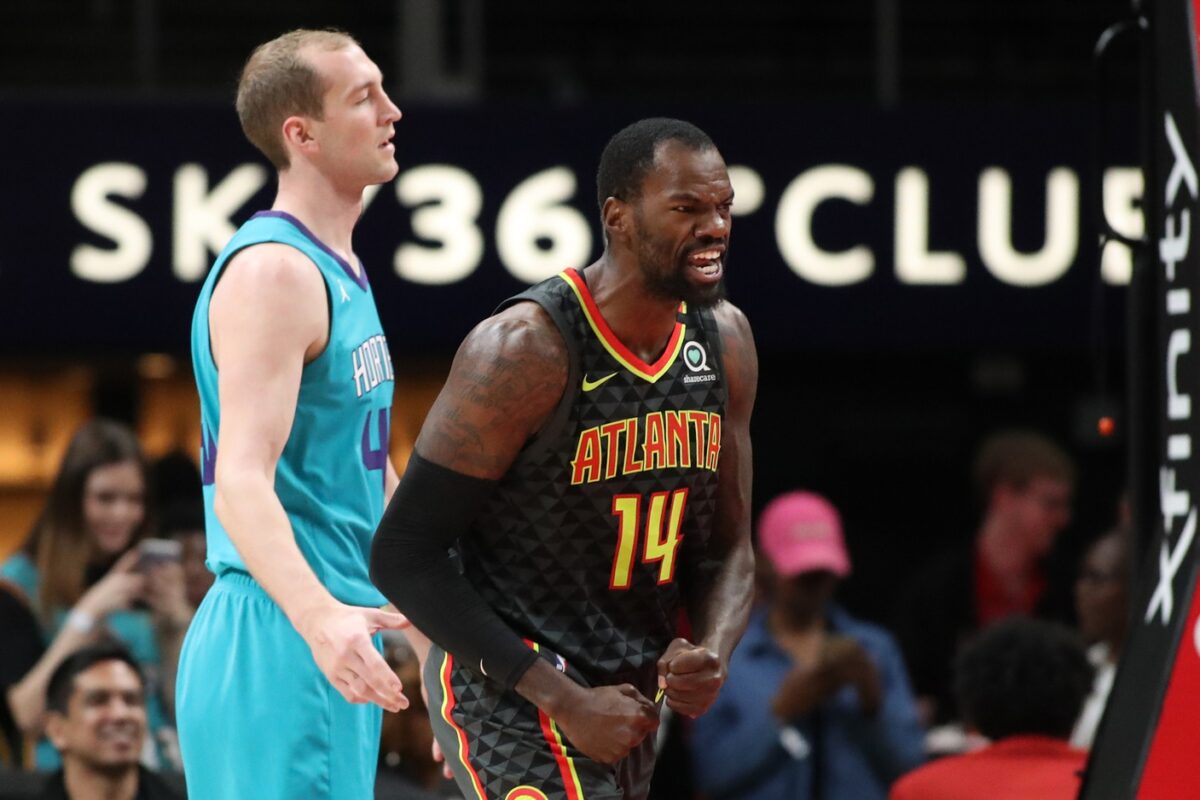 It’s no secret that the Miami Heat desperately need a big man.

While the Heat magically picked up a collection of savvy veterans before the trade deadline, they parted ways with key big men in the process.

The Heat lost Kelly Olynyk, Meyers Leonard and Chris Silva in separate shipments before the trade deadline. Now, there is a paucity of proven big men on the team roster behind star Bam Adebayo.

The franchise was optimistic about nabbing seven-time All-Star LaMarcus Aldridge in the buyout market. However, the veteran snubbed the Heat for the star-studded Brooklyn Nets.

Still, there are reliable big men available around the NBA. The Heat can augment their roster by picking up any of these five guys.

Cousins, 30, appeared in 25 games for the Houston Rockets before agreeing to part ways with the organization. The four-time All-Star didn’t look like himself.

In fact, he has averaged a career-low 9.6 points and 7.6 rebounds in 20.2 minutes per game this season. The numerous major injuries Cousins has faced over the last few years has really looked like they have taken a permanent hit on him.

Yet, Cousins, who reportedly is going to sign a 10-day contract with the Los Angeles Clippers, provides the Heat with the most star potential.

While the journeyman is no longer at his apogee, he could resurrect his career in Miami’s unparalleled environment if things don’t pan out with the Clippers.

After all, the Heat have an uncanny ability to redeem players’ careers and enlighten youngsters. Cousins could take himself from brokenness to prominence in Miami’s culture.

For his career, Cousins has averages of 20.8 points, 10.7 rebounds, 3.2 assists, 1.4 steals and 1.2 blocks per game. Getting half of that production off the bench would be a win for the Heat. 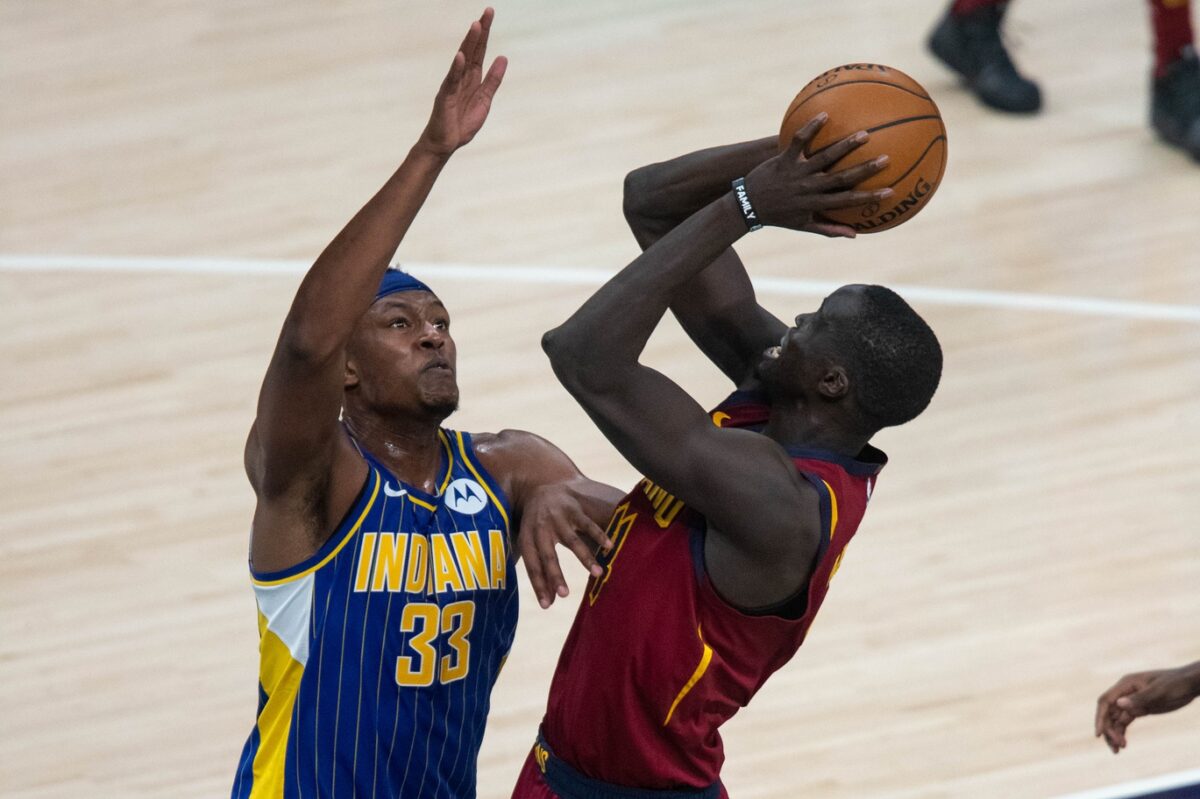 The former lottery pick got dropped by the Cleveland Cavaliers earlier this year.

In eight games for the Cavs this season, he averaged 3.8 points and 2.3 rebounds in just 9.5 minutes of play.

While Maker isn’t a formidable center, he offers the Heat another project for the long haul. Besides, Maker just turned 24 in February.

He was selected with the No. 10 pick in 2016 NBA Draft by the Milwaukee Bucks. One of the best stretches of his career came with the Detroit Pistons during the second half of the 2018-19 season.

Maker collected 5.5 points, 3.7 rebounds and 1.1 blocks per game as a member of the Pistons during the 2018-19 campaign. The unicorn showed his propitiousness by knocking down triples and using his length to thwart shots on defense.

Perhaps, teams gave up on the international product too soon.

It appears that the Heat are already keeping close tabs on Dedmon.

The journeyman hasn’t played on an NBA team since his stint with the Atlanta Hawks last season. He put up 8.1 points and 8.2 rebounds per contest for the Hawks before the coronavirus pandemic shut down the 2019-20 campaign.

The 7-footer is serviceable around the rim on offense and can corral rebounds on defense. Dedmon has career averages of 6.4 points and 6.0 boards on 51.6 percent shooting from the field per game.

Of course, Dedmon doesn’t solve on all the Heat’s vacancy in the frontcourt. On the bright side, he is more experienced version of Heat rookie Precious Achiuwa. 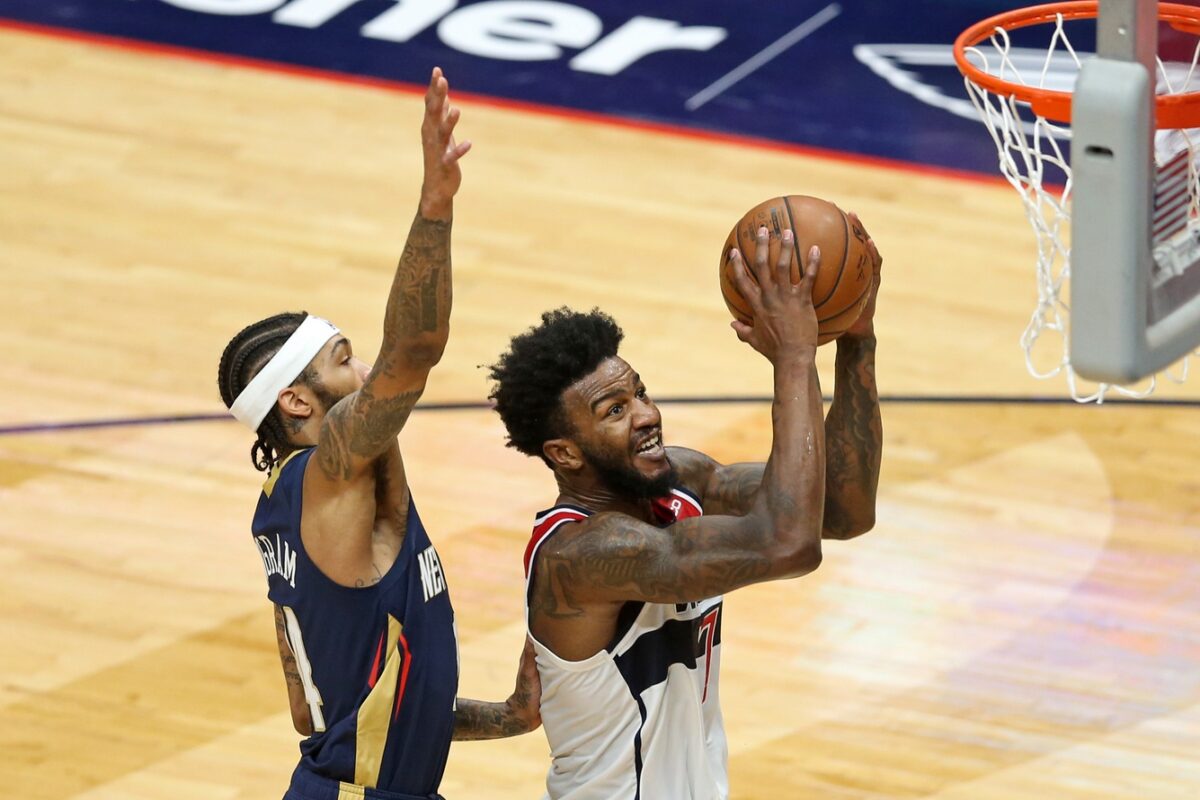 The Heat could take a flier on Bell.

The big man made a name for himself with the Golden State Warriors. As a matter of fact, he won a championship with them in 2018.

Yet, Bell has bounced around the league the last couple years. He briefly played for the Washington Wizards on a 10-day contract this year.

After getting cut by the Wizards in January 2021, Bell found himself in the G League bubble in Orlando, Fla. The hard-nosed pro put up 17.6 points, 9.3 rebounds, 3.3 assists and 1.3 steals per game for the Erie BayHawks.

In addition to providing some depth, size and strength for the Heat this year, the 26-year-old could be a nice long-term piece in Miami. The Heat would get a chance to see how Bell responds to their program and how well he fits in. 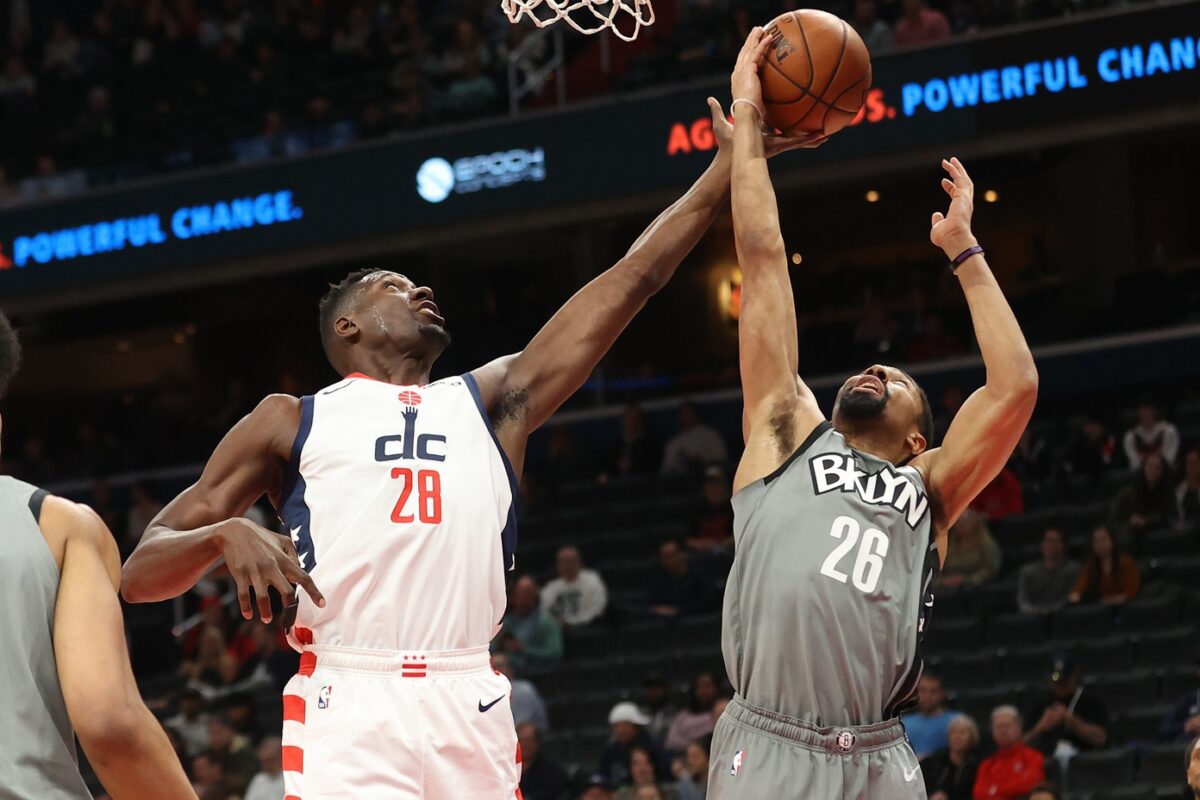 Mahinmi, 34, is best known for infamously snatching a four-year, $64 million contract from the Wizards in 2016.

However, the former first-round pick has a ton of serviceable playoff experience. In fact, the Heat have been on the opposing side of Mahinmi a few times.

The 6-foot-11 pro has career averages of 5.2 points and 4.4 rebounds per game. He can run the floor, roll under screens and provide a lengthy on size on the defensive end of the floor.

Of course, the journeyman is someone who’d be content in any role the Heat need him in, whether that’s playing meaningful minutes or sitting out stretches of games.