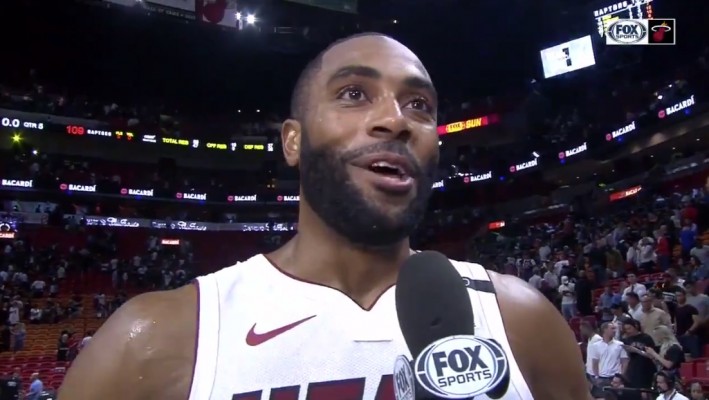 With his eight made threes in the 116-109 win over the Toronto Raptors, Miami Heat shooting guard Wayne Ellington set the Heat single-season record for made 3-pointers. Ellington passed Damon Jones, who had made 225 threes for the Heat during the 2004-05 season.

Ellington wound up finishing the regular season with 227 threes in total. Speaking to Fox Sports’ Jason Jackson after the game, Ellington was emotional about breaking the record.

.@MiamiHEAT Wayne Ellington discusses what it is like to finish the regular season with a win heading into the playoffs and how magical it was to break the single season 3-pointer record. #HEATCulture pic.twitter.com/L8S3RNNxv7

The 30-year-old also spoke about how the Heat culture has changed his game in the two years that he has spent with the team.

“The culture. I bought into it when I got here and I came a long way. It’s just a testament to all the hard work and the dedication and commitment,” said Ellington. “One of the first things Coach Spo said to me before training camp before my first year here was commit to your craft and I took that to heart. I committed and this is the result so far.”

Ellington came to the Heat in July of 2016 and has been a key piece off the bench for the team. He finished this season averaging 11.2 points per game while shooting 39.2 percent from three-point line.
[xyz-ihs snippet=”HN-300×250-TextnImage”]