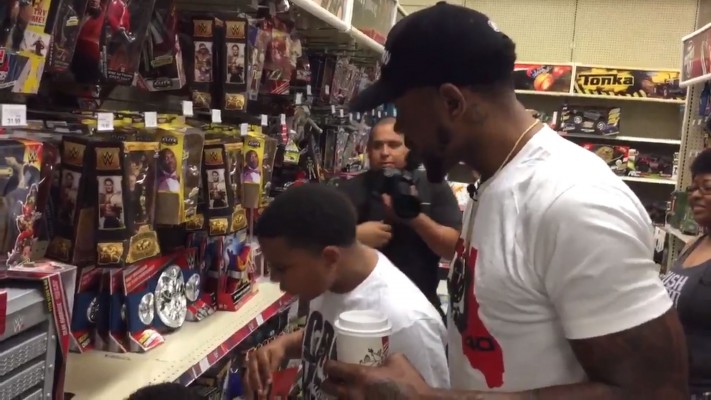 On Friday, Haslem made sure he ended up on Santa’s nice list when he decided to take a group of Miami kids toy shopping just two days before Christmas.

Haslem is no stranger to giving back to young members of the South Florida community. His Udonis Haslem Children’s Foundation has operated for years with a mission to “promote youth development and self confidence.” His foundation surely gives back to the community enough, but his decision to personally take kids to go buy gifts proves just how charitable of a man the Heat all-time rebounding leader is.

Haslem has most definitely entered the twilight of his NBA career. When he decides to hang up his jersey for good, he may want to consider a career as the new Saint Nick.
[xyz-ihs snippet=”HN-300×250-TextnImage”]