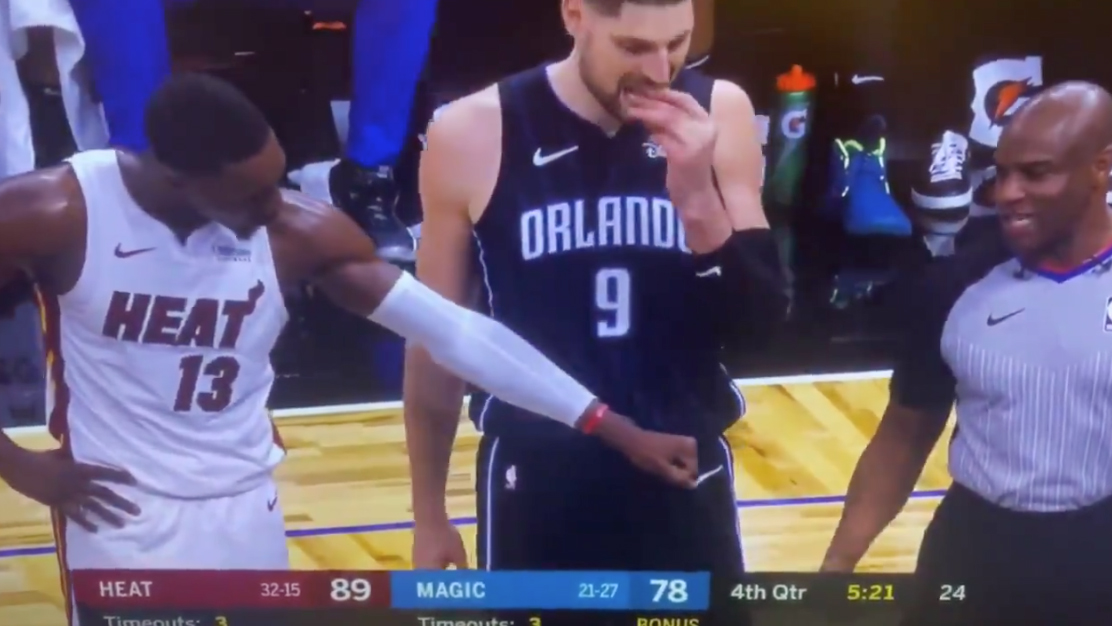 Rising star Bam Adebayo’s impressive game has led to him appearing on plenty of highlight reels this season.

But during the fourth quarter of the Miami Heat’s game against the Orlando Magic, Adebayo likely made the blooper reel as he was left hanging by a referee from whom he was trying to get a fist bump.

Following the game, he posted his hilarious reaction to the clip afterwards.

It’s A Cold World Out Here Fellas ??? Make Sure You Wear A Coat. https://t.co/kPKv8EWmDE

It may seem like a “cold world,” but the Heat big man is surely setting it on fire with the way he has been playing lately. He is currently averaging 15.7 points, 10.5 rebounds, 4.7 assists and a combined 2.4 steals and blocks per game this season.

He has also been key in Miami’s surge to the upper half of the Eastern Conference standings. The team is currently tied for third place in the conference with 33 wins and 15 losses.

Adebayo’s breakout season has put the league on notice. He was voted by the NBA’s head coaches as one of the reserves for the 2020 NBA All-Star Game, his first but certainly not his last.