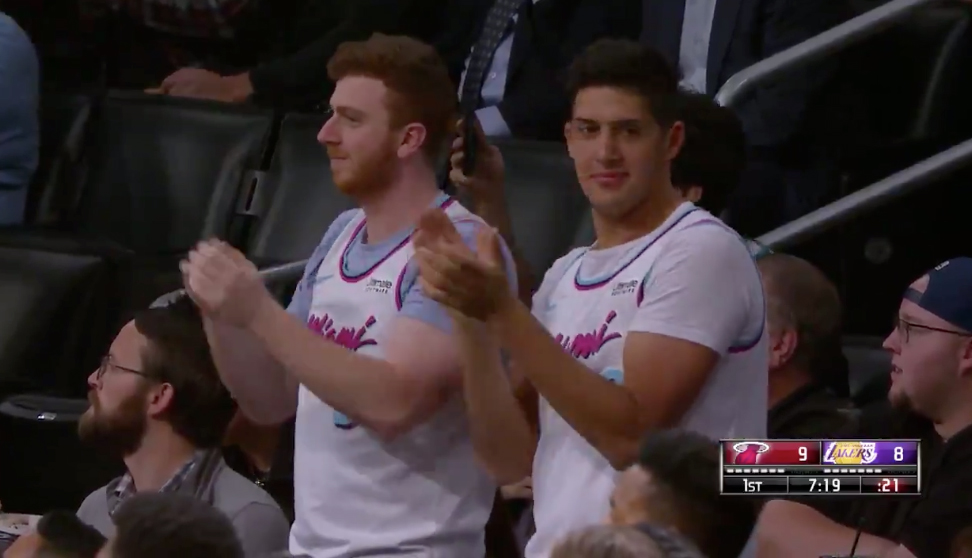 During Monday night’s game between the Los Angeles Lakers and the Miami Heat, the Lakers dedicated a tribute video to Heat guard Dwyane Wade, who is playing his last season in the NBA.

The video, which can be seen below, was played during a stop in play with 6:49 left in the first quarter.

The video highlights some of the greatest plays in Wade’s career and also shows moments that the Marquette University product has shared throughout his career with current Lakers forward and former Heat player LeBron James.

Excluding Monday’s game, Wade has played a total of 27 games (25 starts) against the Lakers in his career. In those games he has averaged 22.9 points, 4.3 rebounds and 6.2 assists per game.

Earlier this year, Wade announced, in a 10-minute video titled “One Last Dance” that his 16th NBA season would be his last. So far this season, having played in 18 games (no starts), he has averaged 14.9 points, 3.6 rebounds and 3.6 assists per game, proving that he is still capable of playing well at the highest level.
[xyz-ihs snippet=”HN-300×250-TextnImage”]