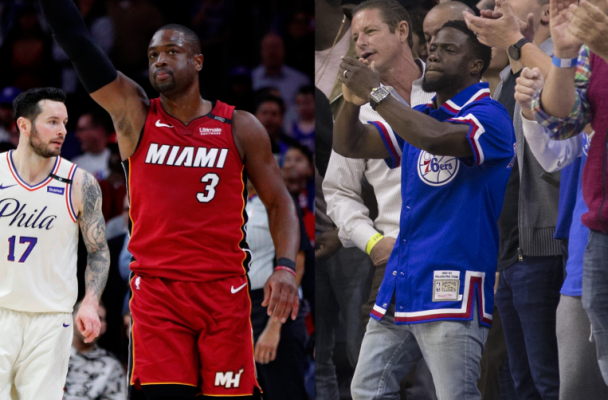 The beef between Miami Heat legend Dwyane Wade and comedy icon Kevin Hart that began during the 2018 NBA Playoffs continued on Wednesday in hilarious fashion.

The rivalry has new life thanks to a promotion for the Laugh Out Loud Network starring both Hart and former Heat big man Lamar Odom.

? @KevinHart4real talking to Lamar Odom about his beef with old-looking @DwyaneWade!

“Me and Dwyane got a little, got a little history,” Hart said while soaking in an ice bath.

It’s hard not to laugh at the video. Judging by Wade’s own response on Twitter, even he couldn’t help but crack a smile while watching the video.

Hopefully Wade ends up returning to the NBA court for another season, so that he can trash-talk Hart where he does it best: the basketball court.
[xyz-ihs snippet=”HN-300×250-TextnImage”]