Don't Miss
Home / Videos / Video: Jimmy Butler and Tyler Herro Seen Going at It in Intense 1-on-1 Battle During Practice

Video: Jimmy Butler and Tyler Herro Seen Going at It in Intense 1-on-1 Battle During Practice 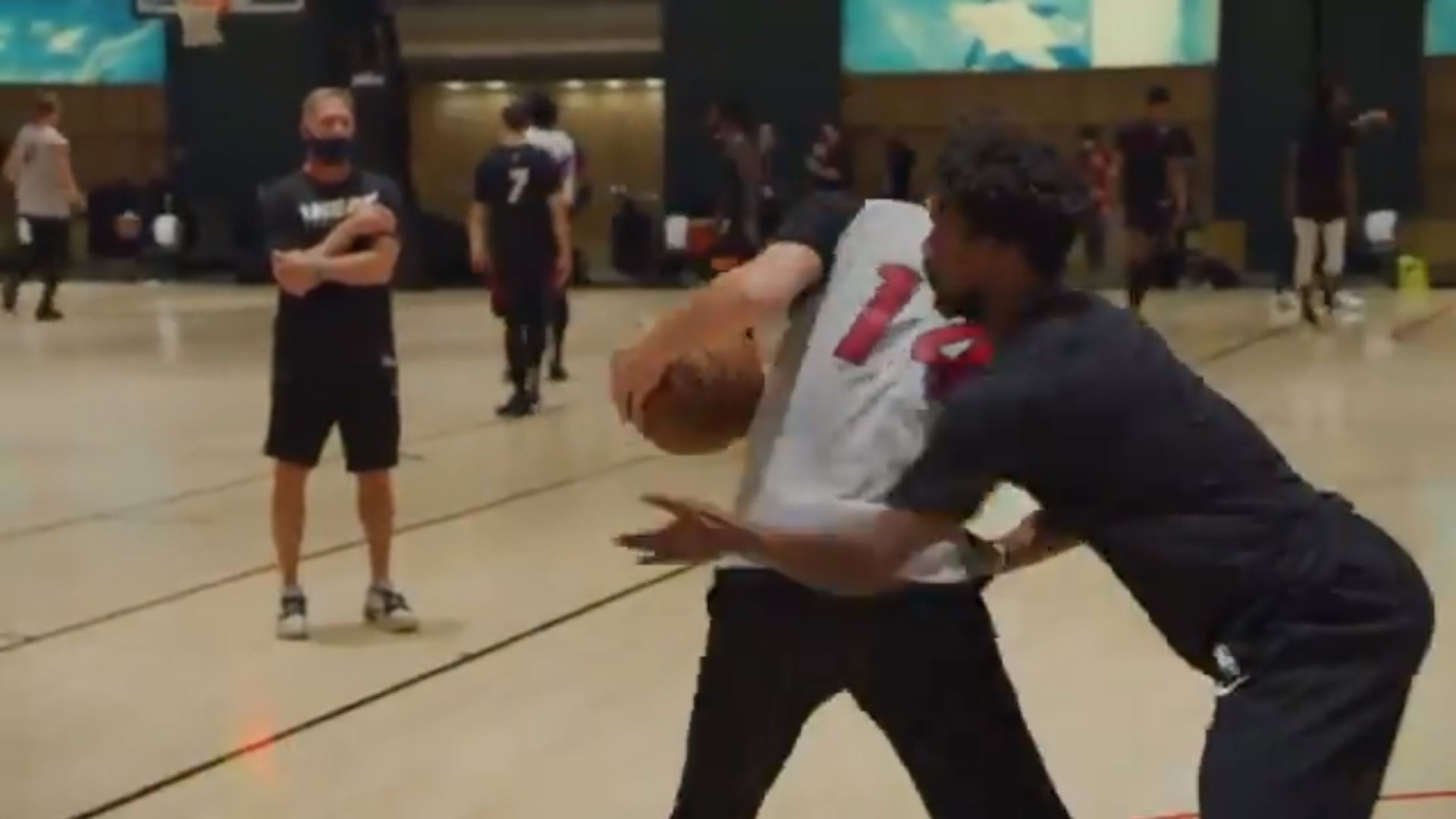 Butler and Herro have become extremely close since the Heat drafted Herro with the No. 13 pick in the 2019 NBA Draft.

In fact, Butler compared their relationship to the teacher-student relationship in the iconic film, “The Karate Kid.”

It’s good to see the two sharpening each other’s skills ahead of the NBA’s restart later this month.

Herro has had a fantastic rookie season, averaging 12.9 points, 4.0 rebounds and 1.9 assists per game. He’s also shot a scorching 39.1 percent from 3-point range.

Butler has been everything Miami hoped for when it signed him to a lucrative contract this past offseason.

The duo has been a big reason why Miami holds the No. 4 seed in the Eastern Conference.

As the two continue to grow in their relationship on and off the court, Heat fans can only hope that their chemistry helps bring a title back to Miami.

The Heat will begin their quest for that title on Aug. 1 when they take on the Denver Nuggets.