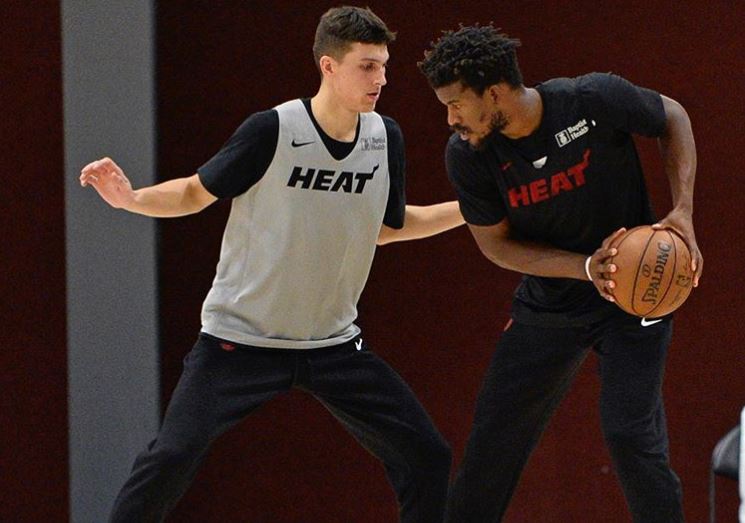 One relationship that has blossomed on the Miami Heat this season is the one between rookie Tyler Herro and All-Star Jimmy Butler.

Even before both players began their first NBA seasons in South Florida, it was clear that the two were going to get along swimmingly. That fact remains true today, and on Tuesday, Butler celebrated Herro on social media.

He also made it clear that he sees Herro as his disciple in the NBA by comparing their relationship to the one that exists in the iconic film, “The Karate Kid.”

In this scenario, it appears that Butler sees himself as the karate master, Mr. Miyagi, from the film. He sees Herro as the young upstart character, Daniel LaRusso.

Butler is surely looking to do the same for his young teammate.

In his first season with Miami, Butler has proven to be worth the lucrative deal he signed with the Philadelphia 76ers last summer. So far this season, he’s averaging 20.2 points, 6.6 rebounds and 6.1 assists per game.

As for Herro, he has proven to be one of the steals of the 2019 NBA Draft. Selected at No. 13 overall, he has shone in a rotational role for the Heat from the early days of the 2019-20 campaign.

Hopefully, these two get to continue their growing friendship and on-court connection for many seasons to come.