Video: Jimmy Butler taunts Lakers while taking over in 4th quarter for Heat 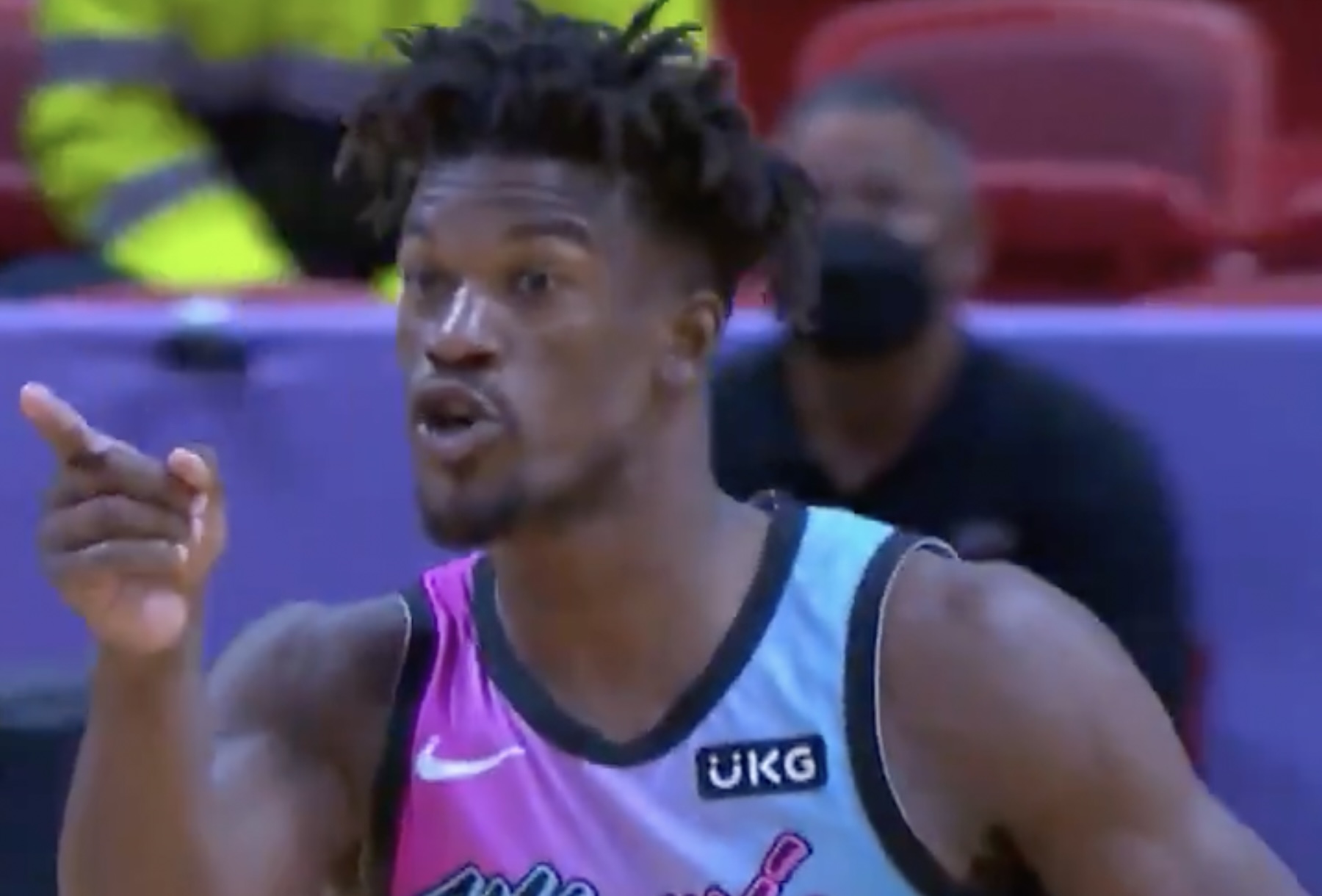 On Thursday, the Miami Heat struggled a bit against an extremely shorthanded Los Angeles Lakers team, but down the stretch, Miami started to gain the upper hand behind Jimmy Butler.

On one play late, Lakers big man Andre Drummond switched onto Butler, and the Marquette University product talked some trash to him.

Jimmy tells the Lakers "don't do that" after Drummond switches on him 😅 pic.twitter.com/P4oEy2V1JK

Butler then hit a jumper over Drummond for two of his team-high 28 points.

The Heat are battling to move up to the fourth spot in the Eastern Conference. They’re currently in a dog fight for that spot, as there’s very little separation between fourth place and eighth place.

In a somewhat sloppy game, it was defense that got the job done for Miami, as it forced 22 Lakers turnovers and capitalized big time on L.A.’s mistakes.