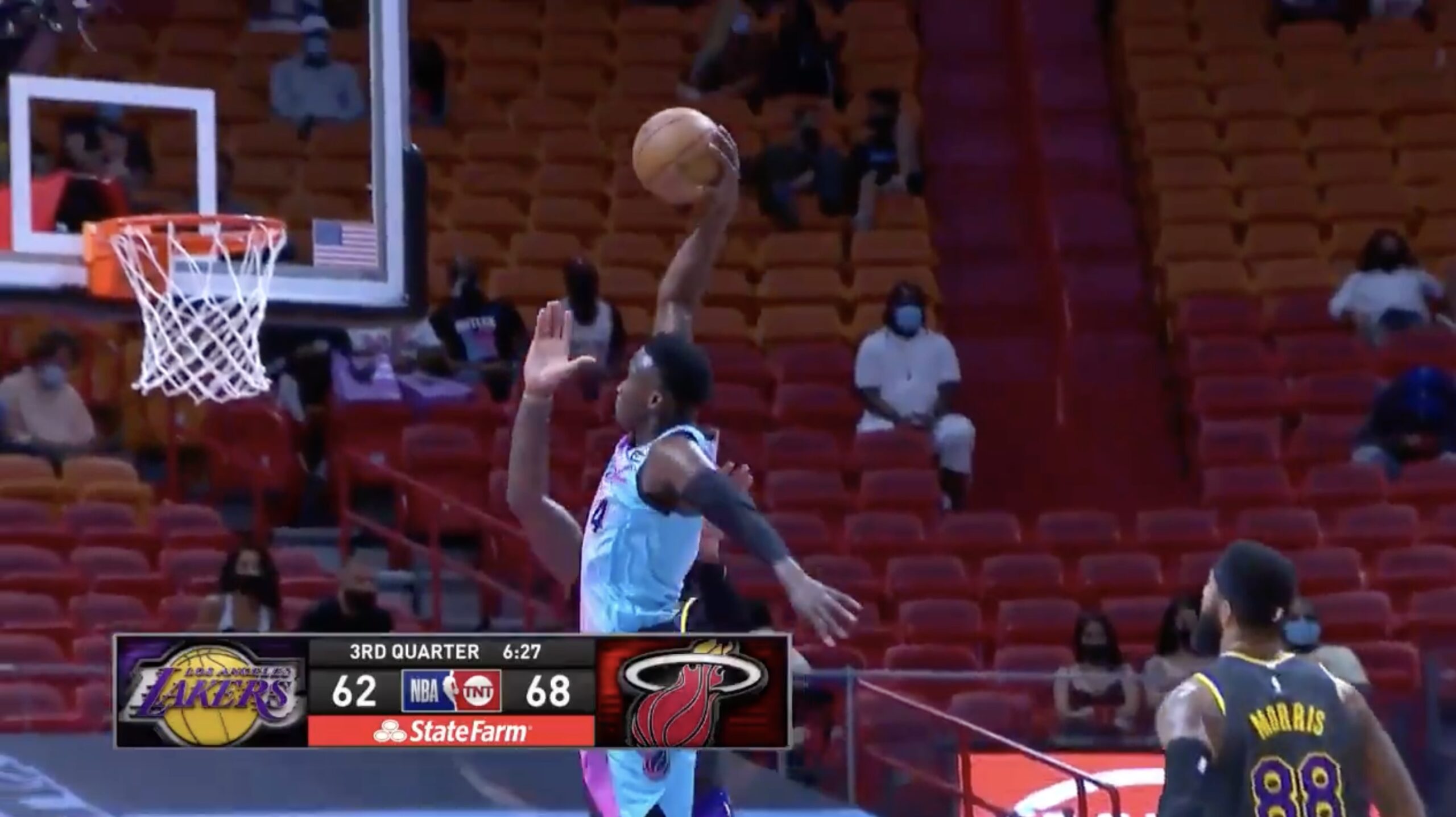 The Miami Heat may be struggling a bit in the second half of their contest against the Los Angeles Lakers, but one of the team’s new additions provided a major highlight.

Drummond, who was recently signed by L.A., has always been known as one of the league’s better rim protectors, but Oladipo easily got the better of him.

The play is also a very encouraging sign as Oladipo continues to return to form following a serious quad injury he suffered two seasons ago.

The Heat are currently in sixth place in the Eastern Conference, but they’re just a hair away from getting into the fourth spot.

Every win at this point, especially one against an extremely shorthanded Lakers squad, will help the Heat solidify their chances of returning to the NBA Finals for the second year in a row.