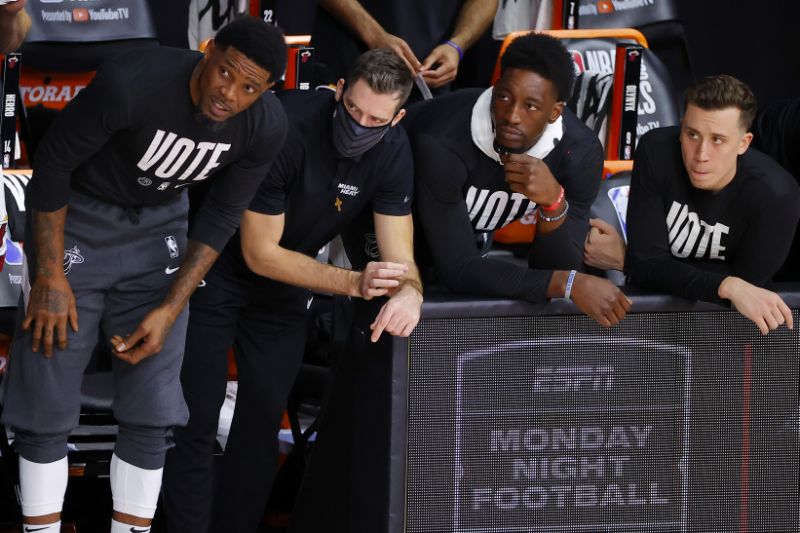 The latest NBA injury report indicates that the Miami Heat duo of center Bam Adebayo and guard Goran Dragic will not play in Sunday night’s pivotal Game 3 of the NBA Finals.

#LALvsMIA INJURY UPDATE: Bam Adebayo (neck) & Goran Dragic (foot) have both been ruled out of tonight's #NBAFinals Game 3 vs the Lakers.

The Heat trail in the best-of-seven series, 0-2, and can’t afford to drop Sunday’s game, since no NBA team has ever come back from a 0-3 deficit to win the NBA title.

Both Adebayo and Dragic were injured in Wednesday’s Game 1 and then sat out Friday’s contest, which the Lakers won, 124-114. In that Game 2 clash, the Heat trailed for most of the game.

Trying to replace the production of both Adebayo and Dragic will mean countless other Heat players will be forced to step up in order to pick up the team’s first win in this series.

The scoring combination of Adebayo and Dragic is contributing 37.7 points per game and 9.2 assists per during this postseason, while Adebayo has also been collecting an average of 10.9 rebounds per game in the playoffs.