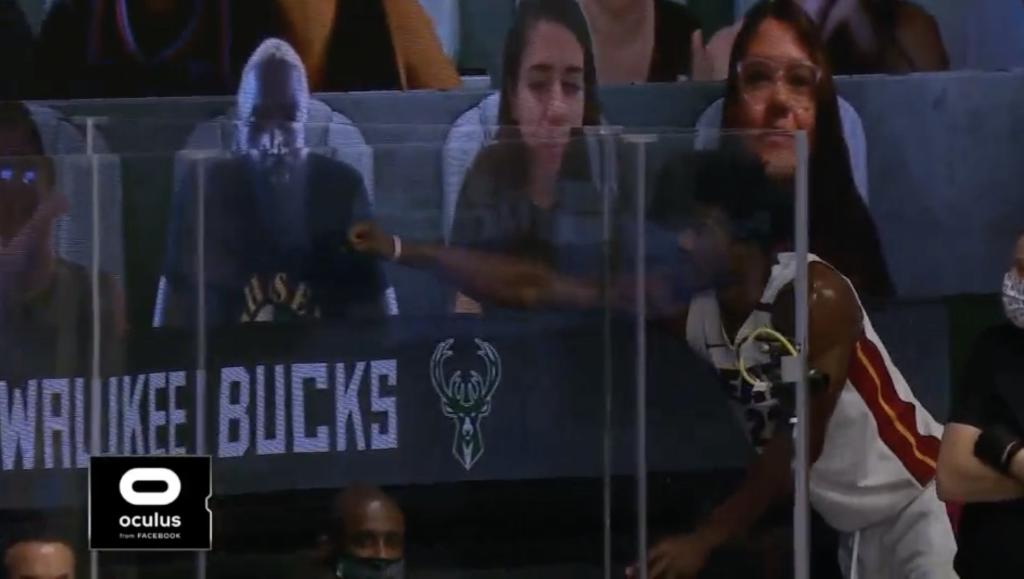 The Miami Heat are turning up the temperature in Game 2 as they look to take a 2-0 series lead against the Milwaukee Bucks.

Heat legend Dwyane Wade was spotted in the virtual crowd, and at one point, All-Star Jimmy Butler gave the future Hall of Famer a virtual fist bump.

After falling behind 40-29 at the end of the first quarter of Game 1, Miami fought back and made it a tight game. In the fourth period, Butler scored 15 of his game-high 40 points as the Heat pulled away, 115-104.

Butler arrived in South Florida in a blockbuster trade last summer that saw Josh Richardson and Hassan Whiteside get shipped out.

After being criticized for his in-your-face leadership style during his stint with the Minnesota Timberwolves and Philadelphia 76ers, Butler has found a home with the Heat.

Even better, his confrontational personality has gone from being seen as a liability to being an asset under the leadership of team president Pat Riley.

If the Heat continue to keep the scores low and the pace slow against Milwaukee, they’ll have a great shot at advancing to the Eastern Conference Finals for the first time in six years.