Don't Miss
Home / Videos / Video: Jimmy Butler Gets Denied by NBA Officials as He Tries to Play With Blank Jersey

Video: Jimmy Butler Gets Denied by NBA Officials as He Tries to Play With Blank Jersey 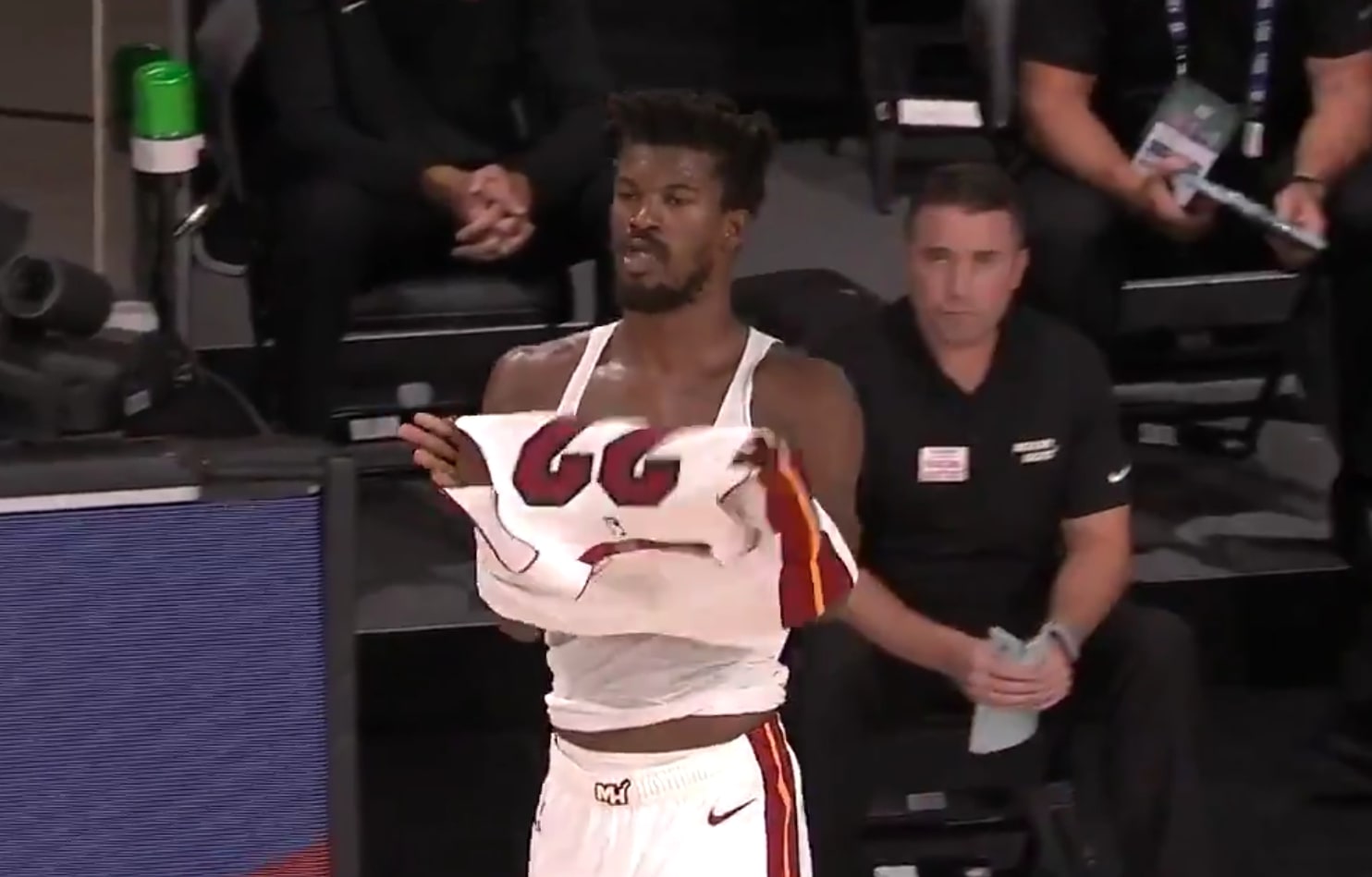 Prior to the restart of the season in the Orlando, Fla. bubble, Miami Heat star Jimmy Butler offered a powerful statement on why he wanted to leave the back of his No. 22 jersey blank.

The NBA did not approve his desire to do so, but that didn’t stop him from trying to enter Saturday’s game with a nameless uniform. However, as he walked onto the court, the game’s refs stopped him and made him change.

Jimmy Butler stepped onto the court wearing a jersey with no name on the back. The refs made him switch to one with a name plate before tipping off.

As part of the 2019-20 season restart, the NBA has encouraged players to put approved phrases dealing with equality and social justice on the backs of their jerseys.

Butler wanted to leave his jersey blank to signify how he is no different than any man of color despite his status as an NBA star. His statement seemed to resonate with other players, as over 30 other players reportedly echoed Butler’s request.

The fact that Butler had a backup jersey with his last name on it ready on Saturday indicates that he was aware that he wouldn’t be allowed to play with his original jersey on Saturday. Certainly, he still wanted to get his message across despite the NBA rejecting his request.

Now, Butler and the Heat will hope to make another statement on the court by getting a win against a talented Denver Nuggets squad.