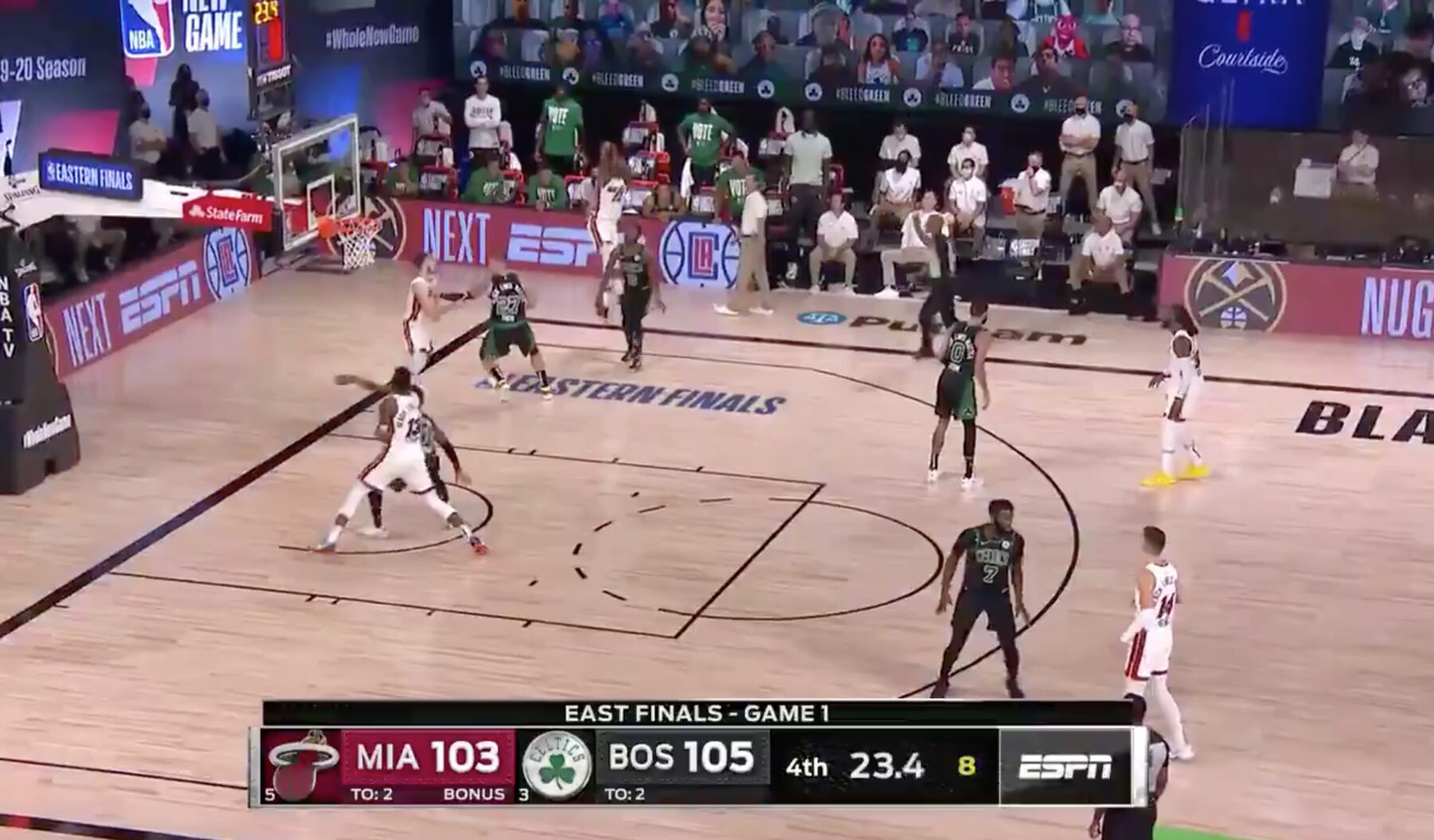 The Miami Heat are in the opening round of the Eastern Conference Finals against the Boston Celtics, and the game has not disappointed thus far.

Late in the fourth quarter with the Heat trailing 105-100, rookie guard Tyler Herro made a ridiculous contested 3-pointer with a hand in his face.

JIMMY BUTLER FOR THE LEAD 😮 pic.twitter.com/K09h1Pzyx0

Unfortunately on the other end, forward Derrick Jones Jr. committed a foul with the ball out of bounds, leading to a free throw and possession by the Celtics.

Luckily, with the score tied at 106, Tatum missed a go-ahead 3-pointer as the two teams went to overtime.