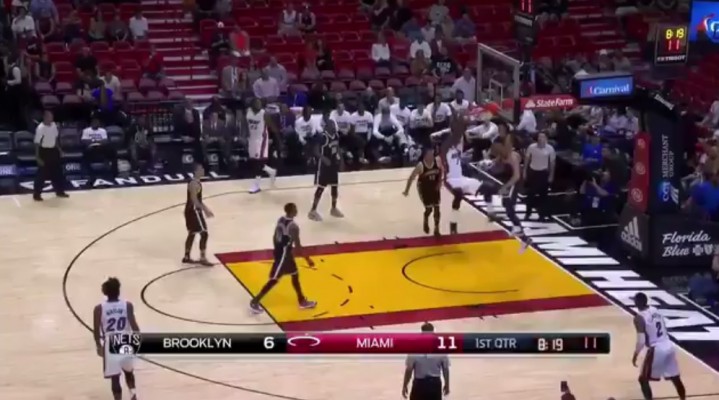 It’s no secret who the franchise center is going to be for years to come for the Miami Heat.

The 7-foot Hassan Whiteside is looking to prove that he’s worth the four-year, $98 million contract that he signed with the Heat back in July.

Through two games so far in the preseason, the center is averaging 18.5 points on 72.7 percent shooting to go along with 12.5 rebounds a game and the production isn’t stopping anytime soon.

Watch as the 7-footer puts up a monstrous 11 points on 5-6 shooting in the first quarter of Tuesday’s game against the Brooklyn Nets.

Another MAJOR 1st quarter for @youngwhiteside.