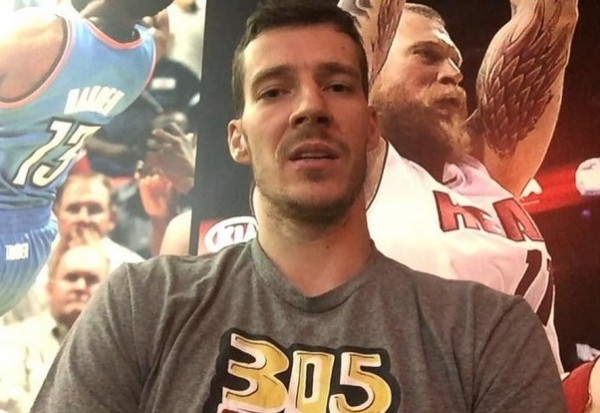 Dragic was very impressive in his 2016 playoff campaign, as the “Dragon” went off for 16.5 points, 4.9 rebounds and 3.9 assists per game in 14 starts. Most importantly, as noted in this particular SportsCenter broadcast, Dragic averaged a whopping 21.3 points, 6.5 boards and dished out 4.3 assists per game when the Heat faced elimination, including a playoff career-high 30 points against the Toronto Raptors in Game 6’s home affair.

He discussed topics such as the Eastern Conference Finals showdown with the Raptors vs. the top-seeded Cleveland Cavaliers, the Western Conference Finals heavyweight bout between the Oklahoma City Thunder and the defending-champion Golden State Warriors, adjustments Miami had to make in the second half of the season, as well as other news around the league.

Although his interview was recorded with ESPN before both conference finals began, it’s always worth tuning in when Dragic’s carefree personality hits the airwaves. Heading into the 2016-17 offseason and free agency in the NBA, Heat fans can’t help but get really excited for the future with Dragic in the backcourt.
[xyz-ihs snippet=”Responsive-Ad”]