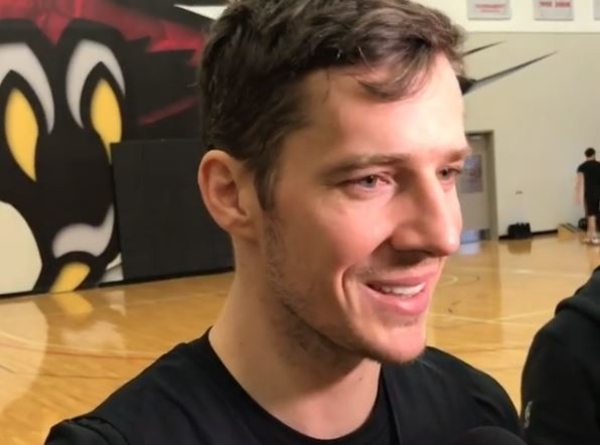 On Thursday morning, it was announced that Miami Heat point guard Goran Dragic had been selected to participate in the 2018 NBA All-Star Game. It will be his first All-Star Game appearance and the first time a Miami player has taken part in the highly anticipated affair since 2016.

Following the announcement, Dragic expressed his excitement about the opportunity:

Goran Dragic is an All-Star. And he’s pretty happy about it.

“If I’m honest I have been prepared to go both. To be in it and to be not in it,” Dragic said of how he was feeling before it was clear that be was going to be named an All-Star. “Today when I found out of course I was happy. This is a lifetime experience that I’m really proud of. I’l try to do my best.”

While this is the first season Dragic will take part in the All-Star Game, it is interestingly not shaping up to be his most productive campaign. So far this season, the Slovenian national is averaging 17.0 points, 4.8 assists, and 4.1 rebounds per game. Last season, he averaged 3.0 more points and one more assist per game. Still, his participation in this year’s All-Star Game is no less deserved.

As Miami’s leading scorer and one of its captains, a better player could not be headed to Los Angeles for the 2018 NBA All-Star Game. Dragic is sure to rise to the occasion and prove that he deserves to be considered one of the NBA’s best players.
[xyz-ihs snippet=”HN-300×250-TextnImage”]