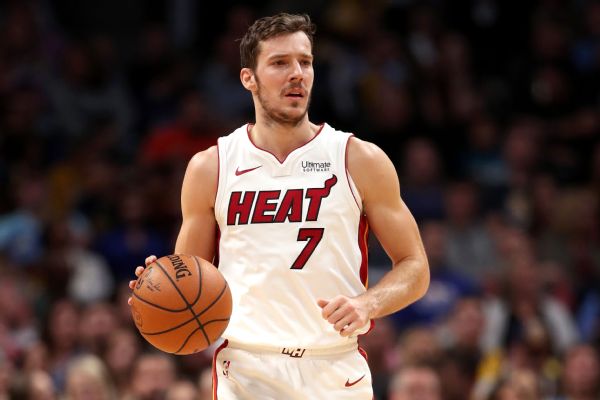 The slew of recent injuries to All-Star NBA players has been tough to watch, but it has led to some good fortune for the Miami Heat.

On Thursday, it was announced that Heat point guard Goran Dragic has officially replaced Kevin Love in the 2018 NBA All-Star Game.

Love went down with a fractured bone in his left hand in a Tuesday night game versus the Detroit Pistons. While it’s always a shame whenever a player goes down with an injury, Dragic is certainly a deserving replacement. So far this season, the point guard is averaging 17.0 points, 4.8 assists, and 4.1 rebounds per game.

This marks Dragic’s first career All-Star Game appearance, and the first time a member of the Heat has been invited to the star-studded event since Dwyane Wade and Chris Bosh made the cut for the 2016 All-Star Game.

The news surely makes the All-Star Game more exciting for the Miami faithful. Hopefully, Dragic is able to put on a show on one of the NBA’s biggest stages.
[xyz-ihs snippet=”HN-300×250-TextnImage”]