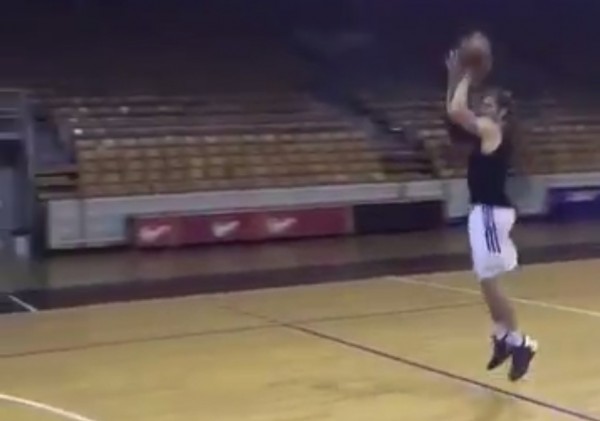 Having guard Goran Dragic in the Miami Heat starting lineup next season will be a key facet of the team’s success, primarily because of his ability to score and dish out assists during a game. Dragic showed through social media on Monday that even though the NBA season won’t get started for another four months and having taken some time off to rest, he remains in midseason form.

While Dragic didn’t specialize in 40-foot shots for the Heat last year, he did hit on 117 3-pointers during the 2016-17 season, coming just five shy of matching his career-best from three years earlier, when he played for the Phoenix Suns. Last season for Miami, Dragic played in 73 games and averaged 20.3 points and 5.8 assists.

Dragic had missed games during the first few months of last season because of a variety of injuries: a sprained left ankle, strained left elbow and back spasms. That, along with other key injuries to his teammates, was why the Heat managed only an 11-30 record during the first half of the season. However, staying relatively healthy and getting others back into the lineup turned Miami into a second-half juggernaut that completely reversed their first-half performance by winning 30 of their final 41 games. That resulted in the Heat finishing agonizingly short when playoff berths were decided.

However, with the team set to select in the 14th spot in Thursday’s NBA Draft and the start of free agency on July 1, the chance to build on that strong finish can continue. Regardless of who will join him on the court for the 2017-18 campaign, Dragic will remain one of the team’s major assets in the year ahead.
[xyz-ihs snippet=”Responsive-ImagenText”]