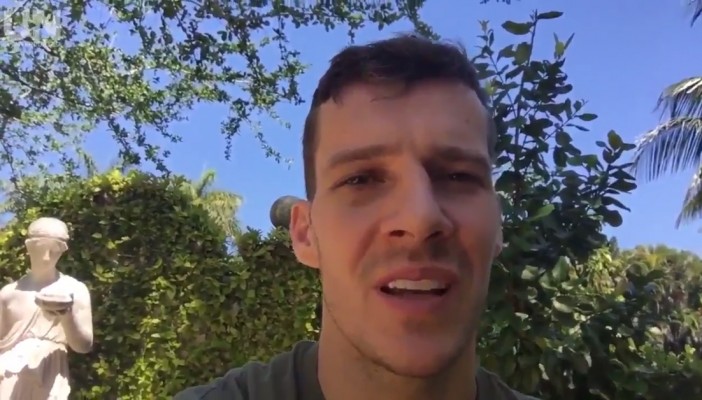 The Miami Heat (35-37) are one of the best stories in sports right now. After falling to 11-30 in January and looking like a lottery team, the Heat are currently in position to make the NBA playoffs.

The man behind the magic, Heat head coach Erik Spoelstra, has motivated his guys to stay the course all season and has helped players flourish under his system.

After receiving Coach of the Year consideration from Heat president Pat Riley, the head coach’s players have joined in on the campaigning too. Starting point guard Goran Dragic recently sent out a video shoutout, via Uninterrupted, to back up his coach:

Perhaps one other reason Dragic wants Spoelstra to win the award is because the coach has helped revive the guard’s career. Under Spoelstra’s system, the Slovenian speedster is averaging 20.1 points and 5.9 assists on a career-best 41 percent shooting from downtown, his best numbers in a Heat uniform.

Whether the two-time champion wins Coach of the Year or not, there’s no doubt Spoelstra has put together one of the best turnarounds in NBA history.
[xyz-ihs snippet=”Responsive-ImagenText”]