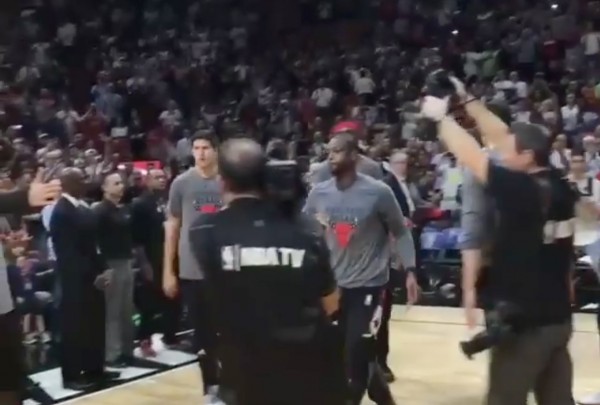 Dwyane Wade is finally back at American Airlines Arena, however this time, he’s playing against his former Miami Heat in a Chicago Bulls uniform.

Wade was anxious to be back in front of a crowd he had played the past 13 seasons for and was unsure if he would be received with scattered boos or an array of cheers.

We found out exactly how the Miami faithful felt about Wade on Thursday night as the stadium erupted in cheers when Wade was introduced for the first time since leaving South Beach.

It's Game Time! @dwyanewade announced to the Miami Crowd!