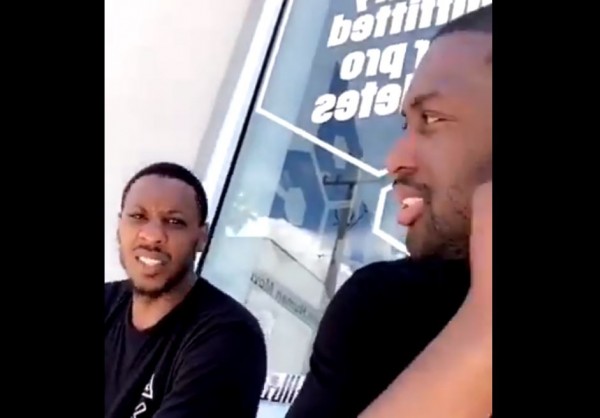 The last time Miami Heat fans saw Dwyane Wade and former point guard Mario Chalmers interact was when Wade clowned his former teammate for misremembering his own role in an iconic Heat moment.

While some may have worried that the interaction caused a grudge between the two players, Wade took to Snapchat on Saturday afternoon to celebrate an offseason reunion with Chalmers in hilarious fashion, proving that the two are still quite close.

“Just got this good work at the office ya’ll know what it is,” Wade began the video before panning over to Chalmers. “Look who I run into. That’s the two-time champion over there, ya dig? We out here man, we keep it going. Keep working. Trying to get skinny.”

At this point, Chalmers chimed in himself.

It seems the two are really enjoying each other’s company this offseason and it definitely brings back good memories for Heat fans everywhere.
[xyz-ihs snippet=”HN-300×250-TextnImage”]