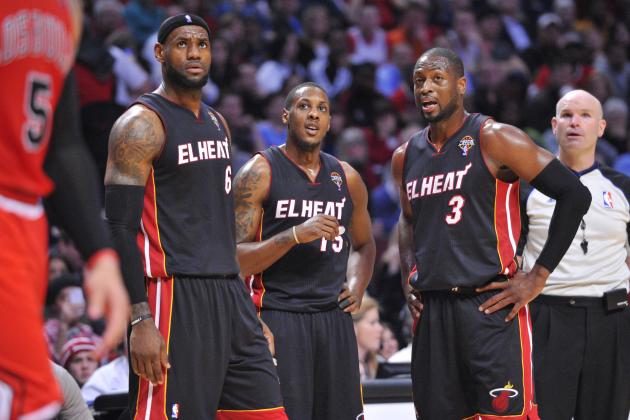 It began when Wade admitted that he would ask James to sign a photograph of a dunk that took place in a Dec. 6, 2010 game against the Milwaukee Bucks. Shortly after Bleacher Report reported on the story, Chalmers took to Instagram to say that the moment would have never happened if it hadn’t been for a turnover he had forced in the game.

It was quite a claim, and it wasn’t long before Bleacher Report offered proof that Chalmers couldn’t have had a part in the iconic play because he wasn’t even on the court at the time. Once Wade caught wind of the top-notch investigative journalism, he couldn’t help but poke fun at his former teammate.

Hilariously, in the YouTube video of the play, Chalmers can easily be seen celebrating the dunk on the bench seconds after it takes place.

There’s no doubt that in his seven full seasons in South Florida, Chalmers had his fair share of memorable moments. However, it seems taking credit for this particular moment was not the right move.
[xyz-ihs snippet=”HN-300×250-TextnImage”]