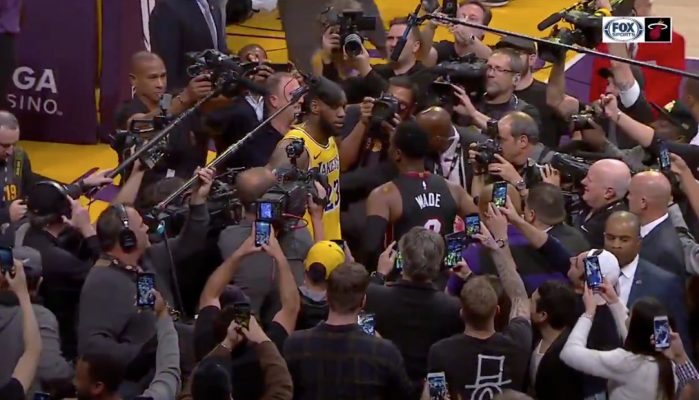 The Miami Heat and Los Angeles Lakers faced off on Monday night, and when the final regular season matchup between Dwyane Wade and LeBron James came to an end, both future Hall of Famers embraced just like old friends should.

Wade and Heat unfortunately lost in a nail biter, 108-105, but by the end, few eyes were on the scoreboard as most watched James and Wade exchanging hugs, words, and jerseys.

It was clear by Wade’s expression following the game that he really wanted the win.

With the game in the books, James now leads the all-time record between both players, 16-15. With Wade planning to retire at the end of this season, it seems James will have the upper hand when it comes to talking trash from here on out.

Despite the Miami loss, it was a special experience to watch both players share the court one last time.
[xyz-ihs snippet=”HN-300×250-TextnImage”]