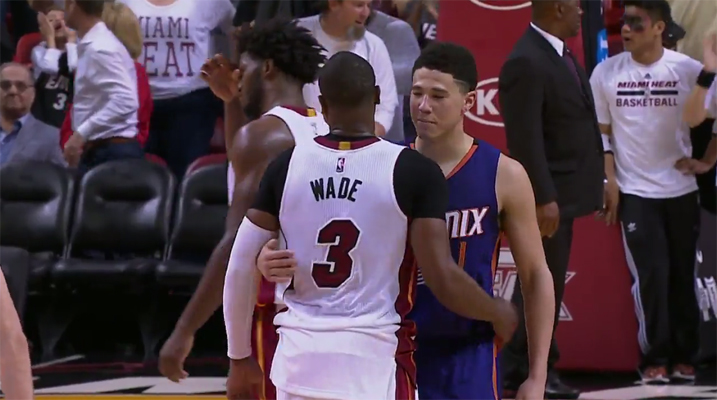 “Obviously, Dwyane is a living legend, especially when he’s here in Wade county — everyone knows that,” Booker said. “So I just tried to take that challenge on. I like to have fun with it. Those are the games I live for. People I grew up watching and learning from. Now, I get to play against them. It gives me that extra oomph.”

In return, Wade made it clear that he was fond of the 19-year-old rookie as he explained his message to Booker.

“I was impressed with him the first time we played him, and I’m very impressed tonight,” Wade said. “When you’ve got a young guy going through a tough season like that, he’s just out there having fun. He’s out there getting better, and he’s one of the future [top] two-guards in this league.”

Take a look at the full video below.