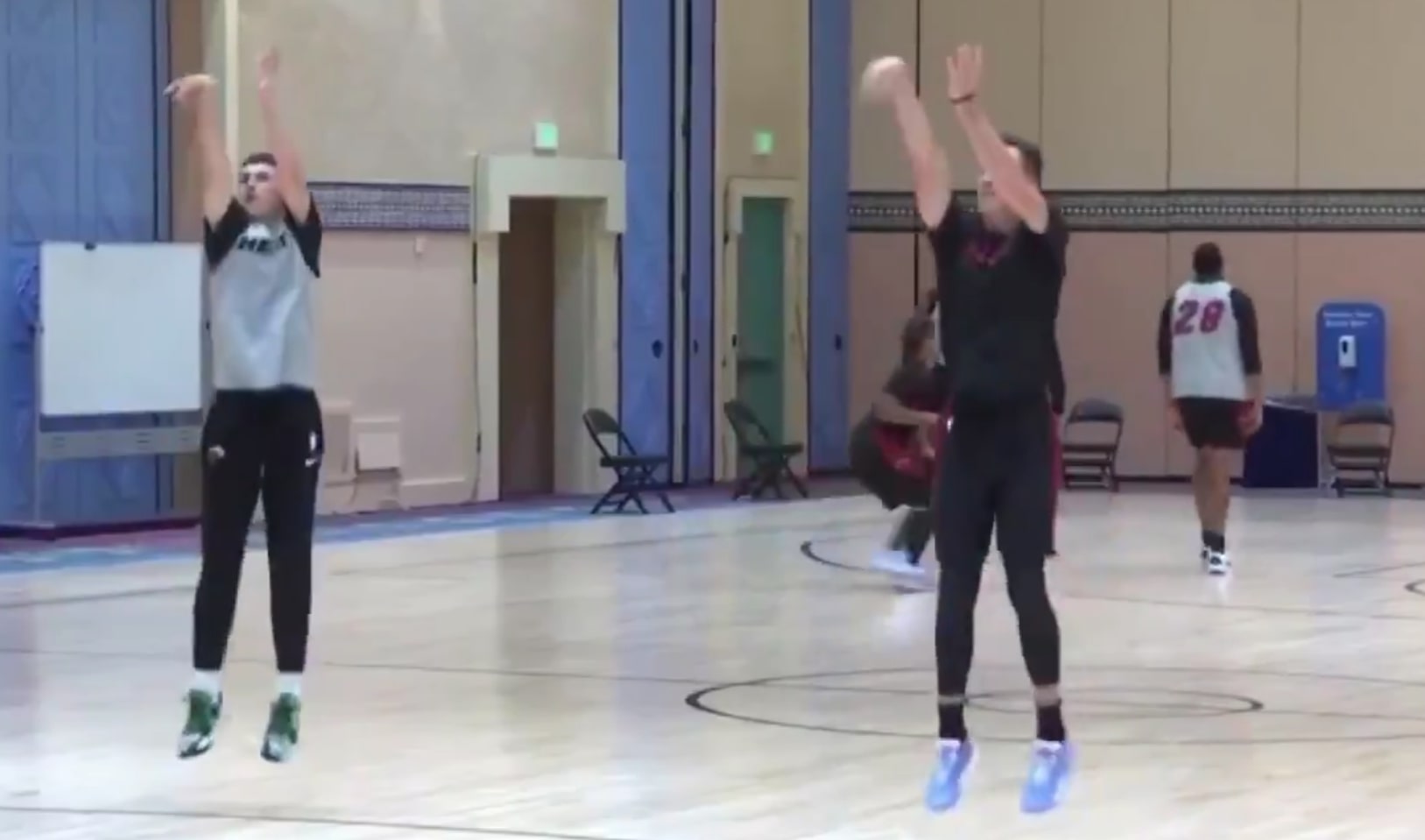 Miami Heat All-Star Jimmy Butler was absent from practice on Sunday for an undisclosed reason, but it was business as usual for the rest of the talented squad.

For sharpshooters Duncan Robinson and Tyler Herro, Sunday’s practice offered an opportunity to take part in some lighthearted competition.

Some video of the Heat returning to practice this morning (minus Jimmy Butler). Tyler Herro and Duncan Robinson having some fun shooting. Miami takes on Toronto tomorrow afternoon. (🎥 NBA entertainment) https://t.co/ggQXfiRDRu pic.twitter.com/wGapplcbGJ

The Heat are surely encouraging both youngsters to shoot as many balls as possible while they’re on the practice court.

He shot just 1-for-4 from the three-point line.

As for Robinson, he fared far better. The University of Michigan product finished with 17 points on 3-for-7 shooting from beyond the arc.

It’s not all that shocking that Herro struggled to find his rhythm on Saturday. After all, he missed over a month of games prior to the NBA shutting down the season due to the COVID-19 pandemic.

Hopefully, Sunday’s shooting competition helps him get his rhythm back.

The Heat will take the court next on Monday versus the defending champion Toronto Raptors.