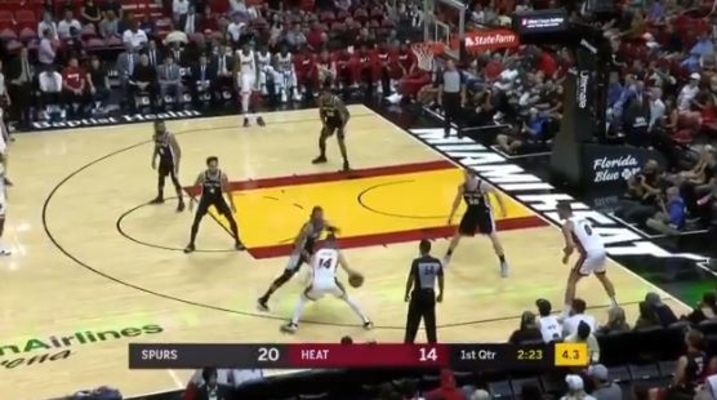 Miami Heat rookie Tyler Herro is quite confident in his game, and that was evident in the Miami Heat’s first preseason game against the San Antonio Spurs on Tuesday.

Herro came off the bench in the game, but once he got on the court, he made an instant impact.

The Heat are quite loaded at the shooting guard position, but if Herro is able to consistently create his own shots, Heat head coach Erik Spoelstra is going to have to give the University of Kentucky product ample playing time.

At Kentucky, Herro averaged 14.0 points, 4.5 rebounds, 2.0 assists and 1.1 steals per contest. If he were to manage to have similar numbers in his rookie year, there’s no doubt that he would end up being considered as a major steal in the 2019 NBA Draft.

Following tonight’s game, the Heat have four more preseason games before they take the court for regular season play. Their first regular season game is on Oct. 23 versus the Memphis Grizzlies.