Tyler Herro and His Father Explain Where His Confidence Comes From 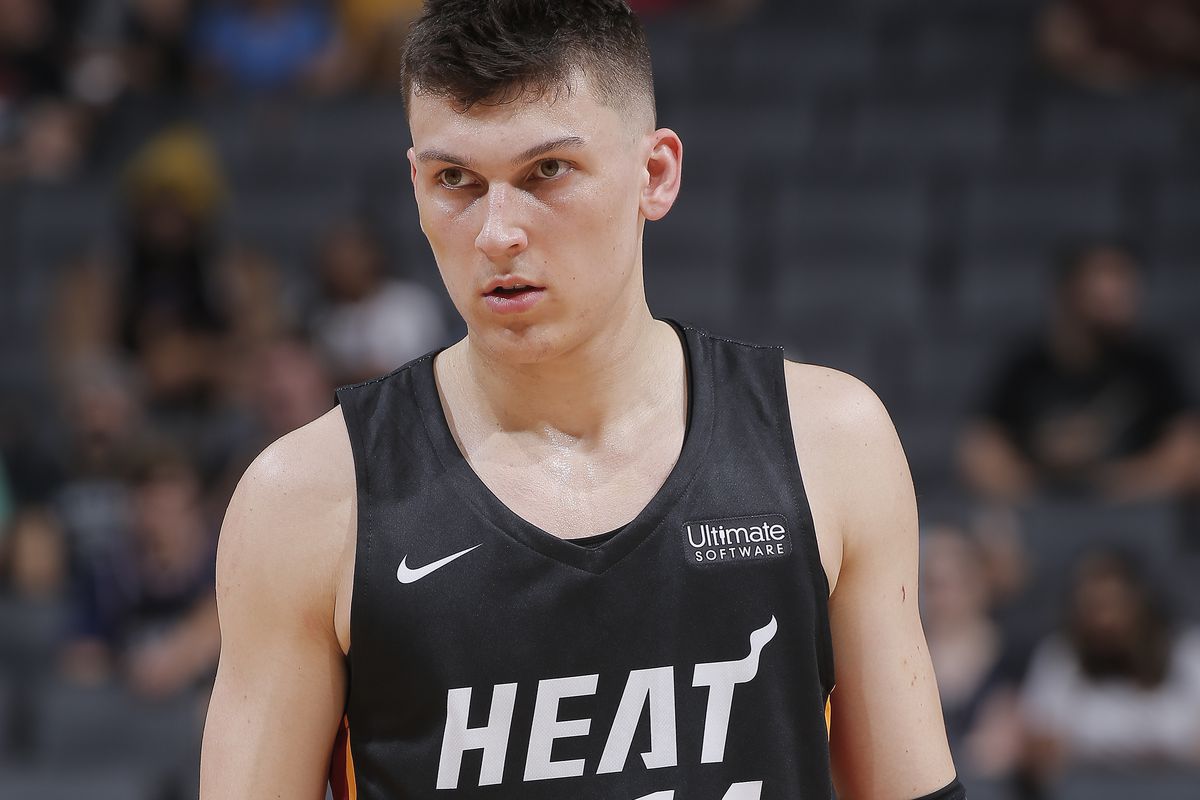 Even though Miami Heat rookie guard Tyler Herro has yet to play in a single regular season game, his confidence seems to be far beyond that of a typical rookie.

In a new report, Herro and his father offer insight into how that confidence developed.

There were early signs that Herro would be immune from criticism by fans and fellow players. He got plenty of attention for his unique wardrobe on the night he was drafted, then was assessed a technical during a Summer League game because of trash-talking.

Herro’s 46-year-old father, Chris, takes credit for inspiring his son’s confidence. One of the bits of wisdom he imparted to his son was pointing out the difference between arrogance and cockiness.

“I like to say it comes from me,” Chris Herro said. “I taught him at a young age, there’s a difference between being arrogant and being cocky. To play at a high level in basketball, you have to have some type of arrogance. Otherwise, you wouldn’t be successful on the basketball floor. That’s what people don’t understand, there’s a difference. If you can back it up and play, that’s confidence.”

The elder Herro was an an aspiring basketball player during his high school days until an ACL injury put an end to hopes of a Division I scholarship. That painful turn of events also led him to teach his son to give total effort, which helped instill a strong work ethic.

That was often coupled with a tough-love approach from father to son, which allowed the younger Herro to later deal with both lavish praise from supporters and criticism from detractors. Yet no regrets exist about the methods used.

The work ethic already shown by the University of Kentucky product has been evident over the past three months, with early morning workouts seemingly becoming routine. That’s something that his father believes will pay off as a member of the Heat.

“It’s insane,” the elder Herro said about his son’s work ethic. “I’m not telling you this to brag about Tyler because I don’t do that about my sons. But it’s insane. It’s just the truth. It’s crazy. In Miami, he’s going to bring something. I know the culture in Miami is to work hard and they develop people. He’s going to bring another element to that because that’s what he does.”

Herro’s first training camp begins next week, with his first regular season set for Oct. 23 against the Memphis Grizzlies. Having been rigorously prepared to go the next level over the years, his rookie season figures to be one worth watching.