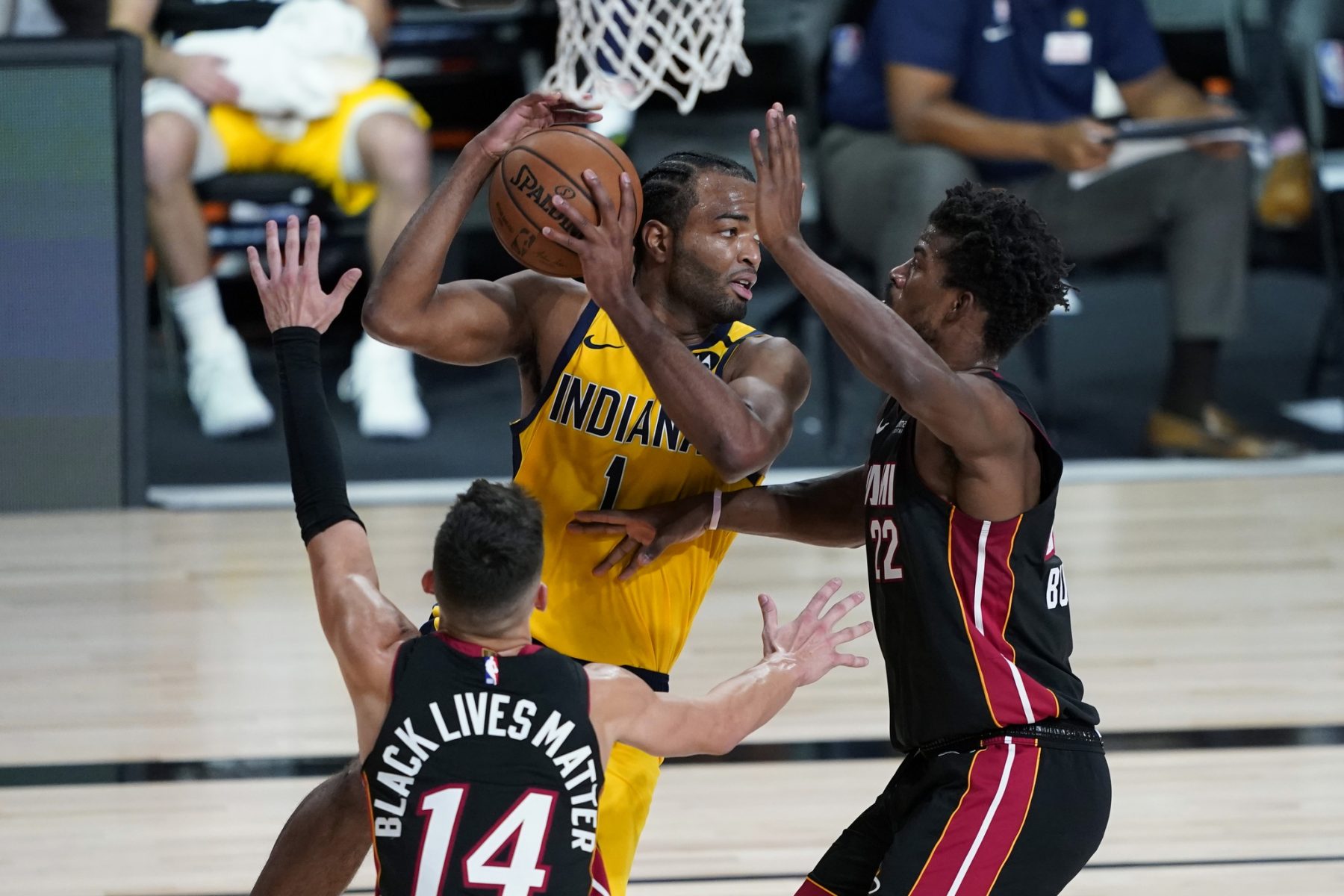 Tyler Herro on Jimmy Butler, “Jimmy’s a killer. He’s our heart and soul, and we’re gonna follow his lead for the next 15 wins.” pic.twitter.com/wV31i2bcfD

“I personally knew that’s what Jimmy’s going to bring to a playoff game,” Herro said. “I know how he gets when the game is on the line and when we’re playing for something big. That’s how Jimmy gets. I expect him to do the same thing every game. You know that’s what he does.

“Jimmy’s a killer. He’s our heart and soul, and we’re gonna follow his lead for the next 15 wins.”

The Heat’s playoff run got off to a great start with Tuesday’s win.

A Pacers coach reportedly was “yapping” at Butler during the game, giving him some extra motivation to go off.

Herro had a solid game in his playoff debut, scoring 15 points. He also added three rebounds and four assists.

The Heat will look to keep rolling and get out to a 2-0 series lead on Thursday when they take on the Pacers in Game 2 from the Orlando, Fla. bubble.