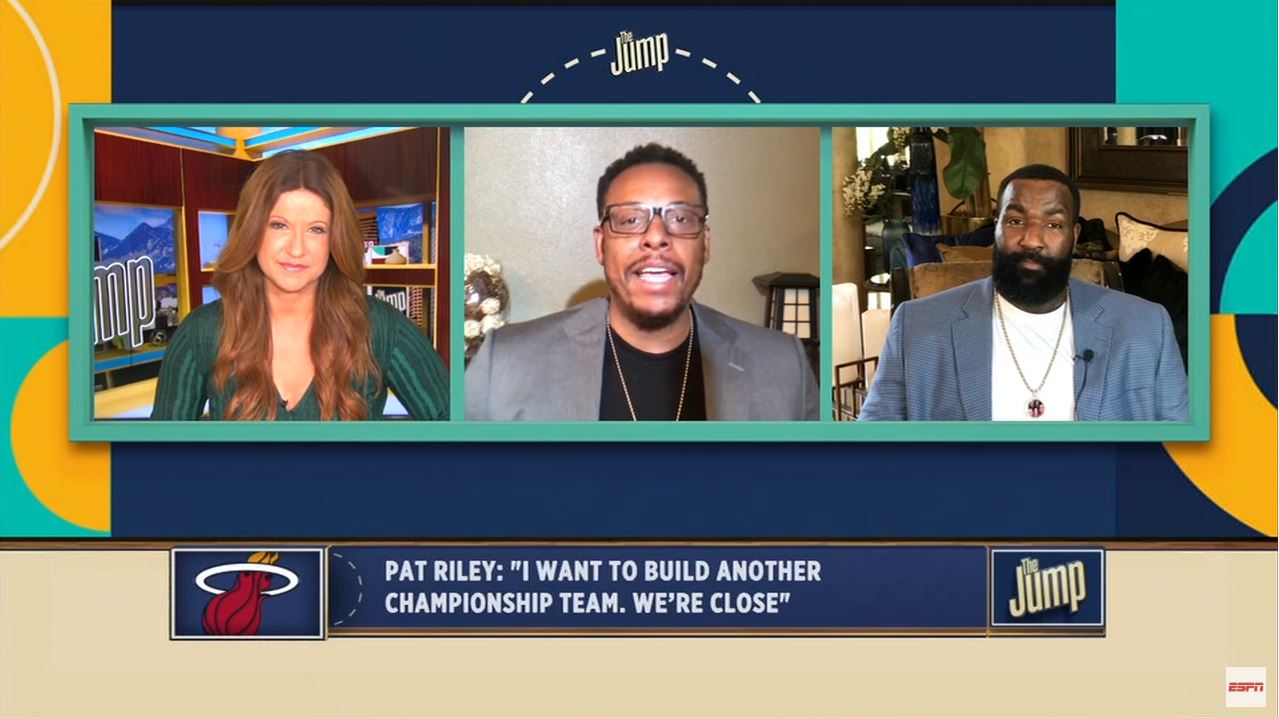 At age 75, Miami Heat president Pat Riley is not satisfied with his nine championship rings, three of which have come in Miami.

He’s looking to build yet another Heat championship team, and he feels like the organization is close.

However, former Boston Celtics star Paul Pierce didn’t exactly agree with Riley’s evaluation of the state of the Heat.

“If the Miami Heat are close, that means every team in the NBA is close,” said Pierce.

His Celtics ran into the Heat several times in the NBA playoffs throughout his 15 years in Beantown.

It’s no wonder Pierce is unwilling to give the Heat their due for their impressive and surprising ascension this season.

In round one of the 2010 NBA Playoffs, Boston dismissed a mediocre Heat squad in five games. But in each of the next two years, the Heat, with new additions LeBron James and Chris Bosh, were able to get past Pierce and company.

When the 2019-20 NBA season was suspended because of the novel coronavirus pandemic, Miami had held a 41-24 record. That was good enough for fourth place in the Eastern Conference, and it was also the eighth-best record in the entire league.