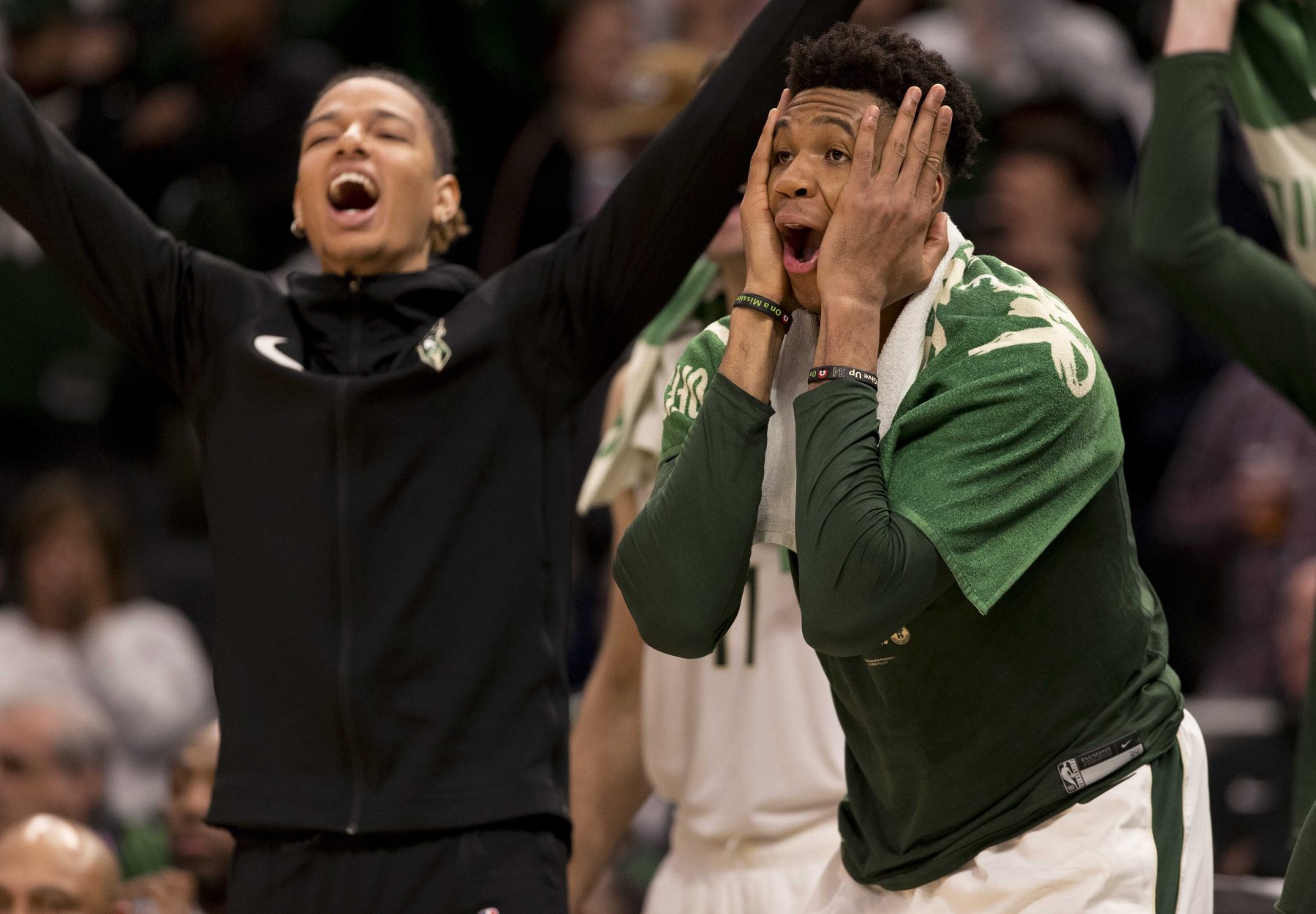 Milwaukee Bucks star Giannis Antetokounmpo is not only one of the best players in the NBA, but also one of the league’s best trolls.

Based on a scene from the final minutes of his team’s win over the Boston Celtics to to close out the series last night, Bucks fans are just as accomplished at trolling.

Near the end of the 116-91 beatdown, a hilarious chant that became quite familiar to Miami Heat fans this past season began to ring out from Fiserv Forum.

Thousands of fans began to chant “Paul Pierce sucks,” due to the fact that he claimed the series was all but over after the Celtics surprisingly won Game 1.

It would prove to be the only game the Celtics would win as they fell to the Bucks 4-1 in the series.

This is not the first time fans have used the very same chant, as Heat fans did it back in April after the former Celtics star claimed he was a better player than Heat legend Dwyane Wade.

It looks like all of Pierce’s bold claims are going belly up at the moment.
[xyz-ihs snippet=”HN-300×250-TextnImage”]