Video: Bam Adebayo has some words for Draymond Green after he taunts Miami Heat 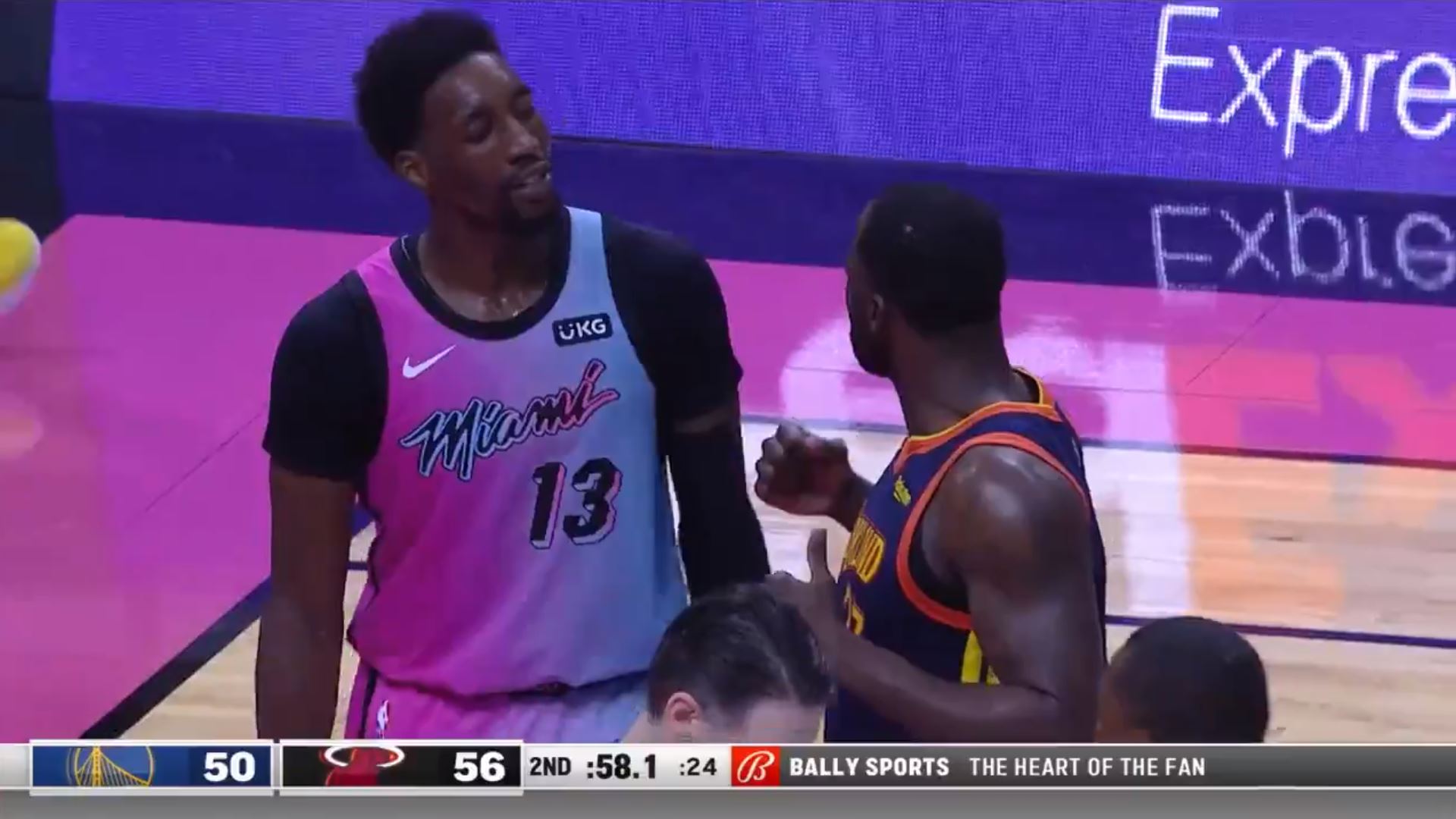 Late in the first half of Thursday’s game between the Miami Heat and Golden State Warriors, Draymond Green got inside and scored against Duncan Robinson.

Green flexed his muscles afterward, and Heat center Bam Adebayo had some words for him as a result.

Dray flexed on the Heat and Bam wasn't with it 😳 pic.twitter.com/srU50BOEJn

The Heat have been topsy-turvy this season, but they are coming off back-to-back wins. They are still firmly in the Eastern Conference playoff picture despite their inconsistency and struggles.

The Warriors have almost an identical record on the season and have had their own issues with inconsistency.

Thursday also marked the long-awaited debut of former All-Star guard Victor Oladipo in a Heat uniform. He was acquired just days ago near the trade deadline from the Houston Rockets.

Oladipo was traded earlier this season from the Indiana Pacers to Houston in the huge deal that sent James Harden to the Brooklyn Nets.

At this point of the season, every win, especially against a decent team like the Warriors, is magnified for the Heat.